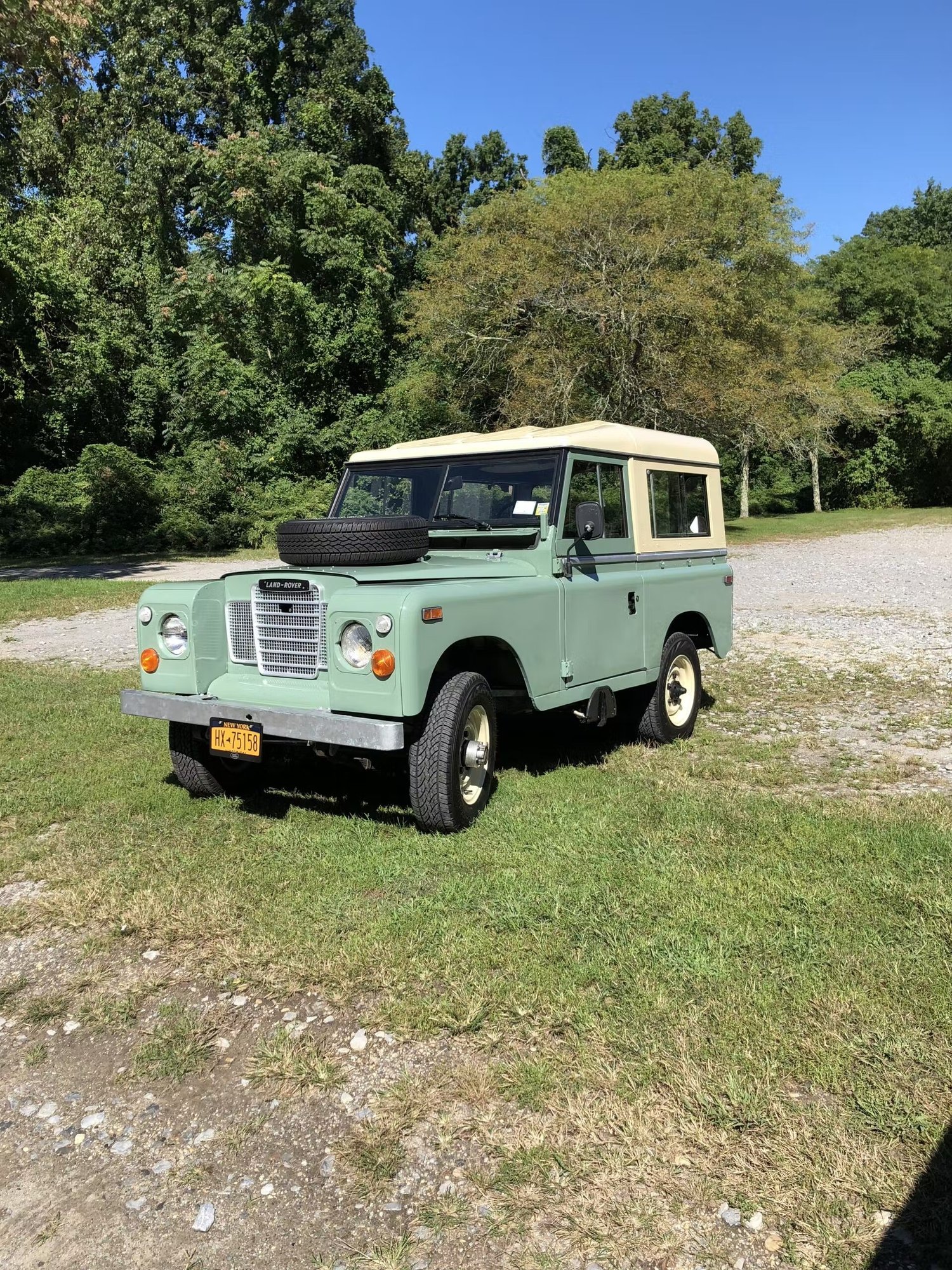 Mechanical upgrades aside, this particular Land Rover’s owner, Jeffrey Rosenberg, points out another distinguishing element of this Land Rover: its no-frills personality. The Series III came with no radio nor air conditioning—and the windows don’t even have cranks; they just push open. The Land Rover’s lack of creature comforts stood in contrast to the lavishly equipped upper trims of American 4x4s. Take, for example, the Jeep Wagoneer, which Rosenberg’s father might have bought back in 1974 if not for his son’s advocacy on behalf of the Brit. For only $800 more than the Series III, the Wagoneer offered a V-8 engine (versus the U.S.-spec Land Rover’s 2.25-liter four-cylinder), power steering and brakes, air conditioning, a radio, and a built-in eight-track tape deck.

“I knew [the Land Rover] was going to be a hard sell,” Rosenberg recalls. He was then taking a college course in sales. This was the perfect time to exercise his newly-acquired skills. “I drew up something called a decision matrix … I had to be very creative to show how much better the Land Rover was against the Jeep.” Between his son and the local Land Rover dealer, the elder Rosenberg was convinced. In fact, from 1974 to his death in 2011, he drove the Land Rover almost every day. “He grew to love it and actually refused to get newer and better vehicles to replace it.”

Kylie Jenner Cried ‘Nonstop’ for 3 Weeks After Son Was Born