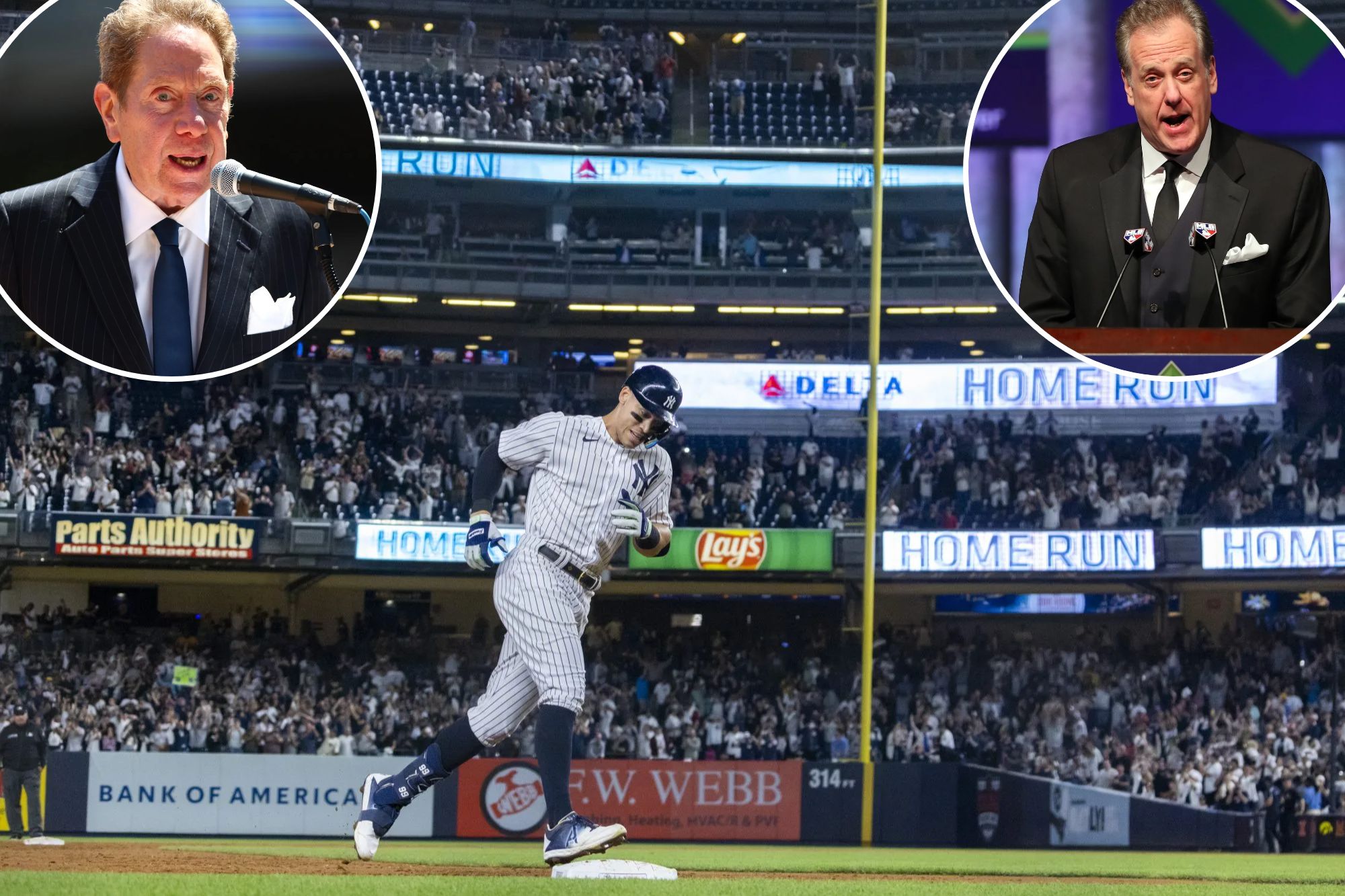 Hollywood couldn’t have scripted it much better.

Aaron Judge hit his 60th home run of the season, tying Babe Ruth and moving within one of Roger Maris’ American League record 61, in the bottom of the ninth to start the Yankees’ 9-8 comeback win over the Pirates on Tuesday at Yankee Stadium.

Longtime Yankees broadcasters John Sterling and Michael Kay may have exhibited more emotion after the historic long ball than Judge himself.

“There it goes! Deep left, it is high, it is far, it is gone!” WFAN’s Sterling, who recently changed his schedule in light of Judge’s home run chase, started with his traditional long ball call.

“He’s tied the Babe! It’s a Judgian blast. His 60th home run of the year. Wow! All rise! Here comes the Judge!”

As for the YES Network’s Kay, who acknowledged he’s thought about his potential calls for Nos. 61 and 62, he skipped his go-to “See ya!”

Both Kay and Sterling will get the chance to call history this week with one more against the Pirates on Wednesday before a four-game set with the rival Red Sox. Kay, though, may get shortchanged if Judge goes deep on Friday — the matchup with the Red Sox will be on Apple TV+, which MLB won’t move.