Are Natalie and Shayne From ‘Love Is Blind’ Still Together? Update

If you’ve binge-watched season 2 of Netflix’s Love Is Blind, then you already know that Natalie Lee and Shayne Jansen were a fan-favorite couple! The consulting manager and the Chicago-based real estate agent had their ups and downs in the pods — ahem, Shayne’s connection with contestant Shaina Hurley — however, they ended up getting engaged. After a tense argument, the couple shocked viewers and called off their wedding – and their relationship has only gotten more complicated post-show. So are Natalie and Shayne still together? Keep reading to learn more about their relationship status, and where the former couple stands now.

Did Shayne and Natalie Get Married?

Fans watched as Shayne and Natalie appeared to be ready to walk down the aisle as both of their families were fully supportive of their union.

However, things took an unexpected turn when Natalie was seen crying right before their nuptials. “Shayne and I got into a fight, and he said some hurtful things to me … I don’t know,” she explained to the camera through tears.

“I do love you, you’re my best friend,” Shayne responded hesitantly.

The couple had a dramatic argument off-camera prior to their wedding, with Natalie asking Shayne if he had too much to drink. She then claimed he got “really, really angry” with her and he even said she was “the worst thing” to happen to him. After the fight, Shayne said “I do” at the altar, but Natalie did not.

“It wasn’t just one thing that caused that fight. I think it was a lot of things that had built up in terms of what he was feeling,” Natalie told Life & Style in March 2022. “I think also the pressure of our wedding got to us as well. So, it wasn’t one thing. It was an accumulation of a lot of different things that caused quite a big fight between us.”

According to Natalie, the pair’s troubles were there from “the beginning” of their relationship, but only when they argued.

“It just took us a lot longer to resolve our arguments because the way we communicate is so different and there would be a lot of misunderstandings,” she recalled. “In terms of like the everyday life, us just communicating, you know, it was near perfect. Like, what you see on the show is how we really interacted with one another. It’s just that when it came to the arguments, that’s when our communication styles clashed.”

While the cast got to know each other in the pods, fans witnessed Shane develop an instant connection with both Natalie and Shaina. Eventually, Shayne asked Natalie to be his girlfriend and Shaina decided to pursue her bond with contestant Kyle Abrams.

After Shayne and Natalie got engaged in episode 3, they flew to Mexico to join the other five engaged couples, Shaina and Kyle included, for some relaxation and romance in paradise. Once in Mexico, Shayne and Natalie’s relationship only grew stronger.

For Shaina and Kyle, the 32-year-old hairstylist decided she needed some time to think about their future and left Mexico, thus never getting the chance to meet Shayne.

When Shaina and Kyle returned to Mexico, it became clear that their religious differences were too much to overcome, and they split. Afterward, Shaina met up with some contestants in Chicago for a beach BBQ, where she and Shayne finally came face to face.

Although they both admitted to finding the other attractive, Shaina called into question Shayne’s whole relationship with Natalie and suggested they’d never last.

Shaina is now happily married to her husband Chris Lardakis.

Did Shayne and Natalie Get Back Together?

Well … they tried! “We reconnected four times after the show,” Shayne explained during a March 30, 2022, episode of Nick Viall‘s podcast, “The Viall Files.”

“We tried four times — just recently this past weekend,” he added, noting the former flames were “over” for good.

However, the plot thickened once it was revealed that Shayne was cast for Netflix’s new series, The Perfect Match, set to debut on Valentine’s Day 2023.

According to Natalie, they both knew about the dating show in September 2021 as they were both “approached to apply for it” but were in a relationship with each other at the time.

“We told each other we declined the opportunity, but I later found out that he actually didn’t decline and started the casting process in November 2021 without my knowledge, while we were still together,” she wrote via her Instagram Stories in January 2023. “We broke up and cut contact with each other sometime that November.”

The Love is Blind alum also revealed that during filming for the new show, which took place in February 2022, Shayne texted her “numerous times” that “he wanted to leave midway” because he still had “feelings” for her.

“He also asked for my support as he struggled through online hate. Knowing there was little hope for our relationship and how excited he was to do another reality TV show, I encouraged him to continue filming and tried to pacify the online backlash for him through my interviews and social media,” she continued. “When he returned from filming, he asked to meet up to discuss ‘us’ and ultimately, I told him we shouldn’t reconcile. Then he lied about me on a podcast. He apologized for lying on the podcast via text, but any type of friendship we had fell apart.”

Natalie ended her message by reiterating, “He was casting for the show while we were in a relationship in November 2021, and I’m really excited to watch the new show because of that.”

Christine Slammed by Fans for Subscription 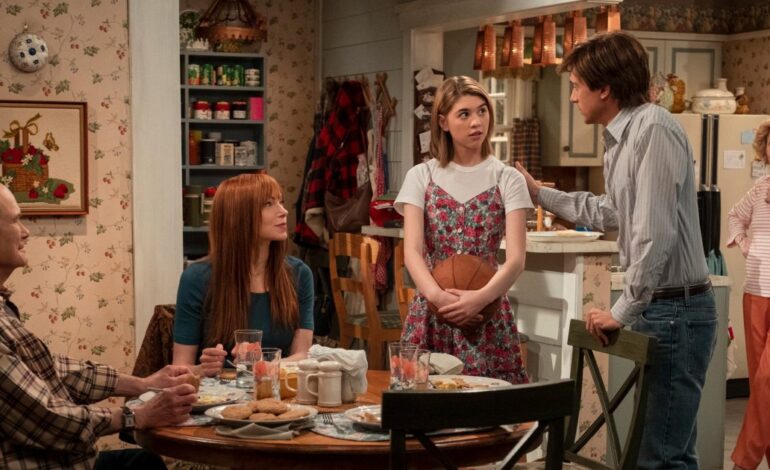