“Tatum Booth Mock,” Tia posted to her Instagram page, sharing her newborn baby boy’s name and adding he arrived on December 6 at 6:13 a.m.

Tia previously admitted her pregnancy came amid “the most challenging season” of her life following the death of her father, Kenny Booth, who died in February.

“I’ve never felt such overwhelming sadness and pure joy at the same time,” the former Bachelor in Paradise star wrote via Instagram while announcing her pregnancy on June 20. “It’s been difficult to be grateful for the good as if one of the most important people in my life is missing the celebration.”

Tia and Taylor’s baby news came two months after they got engaged in April. While the pair have been busy planning their nuptials, they definitely kept their focus on their new addition throughout the reality star’s pregnancy.

The former contestant from Arie Luyendyk Jr.’s season revealed her soon-to-be husband began his paternity leave on October 12 so they could “soak in” the last few months as a family of two.

“We’re so incredibly thankful that we’ll both get to be home with our son and just really soak in this special time,” Tia wrote via Instagram. “Can’t wait to drive you crazy for the last few months of just us two!!”

While embracing the time spent with her fiancé, Tia was very candid about the ups and downs of her pregnancy journey as the months progressed.

“Good morning. I feel like I could barf, faint or become a mouth breather at any moment,” the Arkansas native captioned a smiling selfie via her Instagram Stories on November 9. “Please God tell me my lungs go back to normal after this?!”

However, she was staying positive in her last month of pregnancy, adding, “Trying to remind myself that some pregnant women run marathons and Beyoncé probably worked up until her delivery and billions of women have done this before, so I can, too!”

The new parents made their relationship Instagram official in October 2021.

“This guy truly doesn’t get enough credit for putting up with my s–t,” the physiotherapist gushed about her supportive partner via Instagram at the time. “He came into my life during the most difficult season I’ve ever faced and hasn’t wavered. I’ve tried to push him away more times than I can count, but he’s stuck through it all. Maybe once we’re on the other side of it I’ll write a book to explain, but for now, here’s some genuine soft smiles. ILY, Tay.”

For his part, Taylor said in his own post that he’s “never felt more alive” than during his relationship with the reality star. 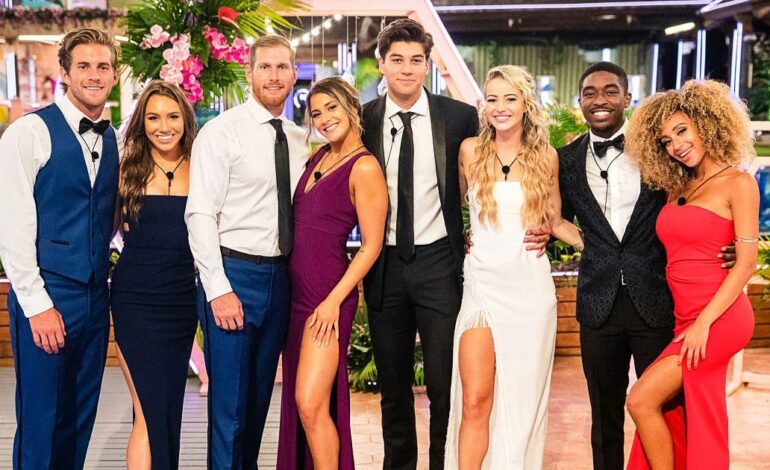 Which ‘Love Island’ USA Season 1 Couples Are Still Together? 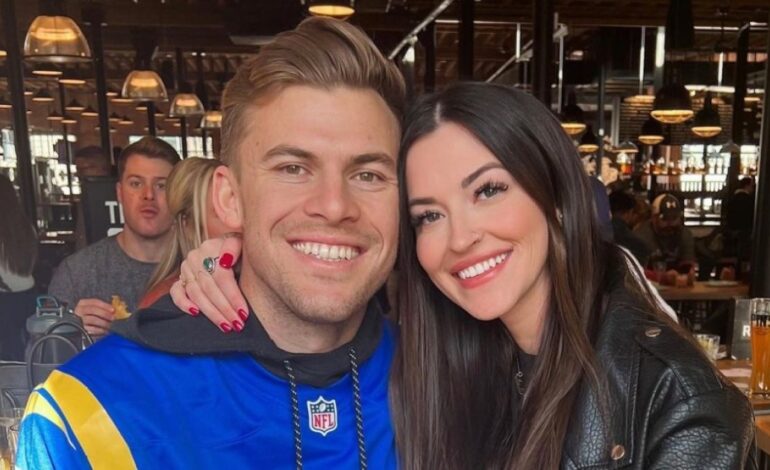 ‘Bachelor’ and ‘Bachelorette’ Couples Who Have Kids Together