Christina Hall With Son Hudson on Christmas After Custody Battle

“Wonderful Christmas Eve with family and friends,” the Flip or Flop alum, 39, captioned a family photo, which included herself, husband Joshua Hall and Hudson, 3, alongside his older siblings, Taylor, 12, and Brayden, 7.

Christina shares her youngest with Ant, 43, with whom she split in September 2020 after a year of marriage. She shares Taylor and Brayden with ex-husband Tarek El Moussa, whom she was married to for nine years before their January 2017 split. Their divorce was finalized in January 2018.

Christina and Ant, for their part, finalized their divorce in September 2021. However, they were involved in a custody battle after Ant filed for full custody of their son in April. The Wheelers Dealers star made shocking claims about his ex-wife. In the custody docs, which were obtained by Life & Style, he alleged that Christina had “exploited” their child publicly.

Christina, for her part, fired back, claiming that Ant “never had a problem” with Hudson “being on camera.”

“He repeatedly asked his ex-wife to allow his older kids to film with us and advocated for them to be on film in the show. It was Ant’s ex-wife who did not want their children to be filmed, not Ant,” a rep for the HGTV star shared in a statement to Life & Style in September. “Ant has been told repeatedly that I do not have a problem with Hudson not filming, I just want him to be involved with the fun opportunities and activities that my show affords to our family.”

After months of back and forth, Life & Style confirmed on November 18 that the custody battle had come to an end. They “continue to have joint legal and joint physical custody” over Hudson, which was originally agreed upon in June 2021, per records obtained by Life & Style earlier this December.

Christina waited a little over month before sharing Hudson on her social media again.

“Kid loves being behind the camera,” she captioned a December Instagram post, which showed the youngster snapping a photo of his mom and Josh, whom the Christina on the Coast star married in April.

Christina and Josh went Instagram official in July 2021, just months before her and Ant’s divorce was finalized.

“I may be a bit crazy and I’m definitely not perfect, but I will never live my life based on other people’s judgments or opinions,” the reality star shared on Instagram at the time, showing off her new beau. “We pride ourselves on never judging others and always wanting others to be happy and we wish others would have the same respect.” 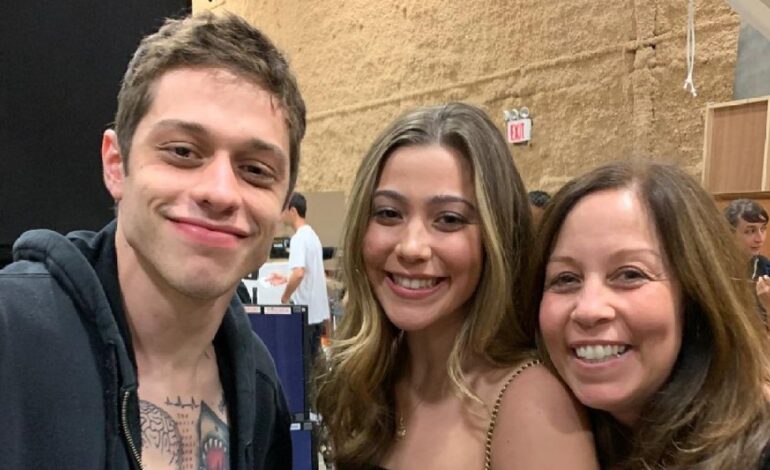