The best and worst dressed celebrities at the 2022 Country Music Awards definitely made an impression on the red carpet. Some stars completely shined at the Wednesday, November 9 event in Nashville, while others’ CMAs outfits were a total miss.

The highly anticipated ceremony has quite a number of A-listers who have likely been planning their looks for months. Country superstar Miranda Lambert has changed up her style so much over the years, moving away from flouncy dresses to sleek and sexy ensembles.

The “Kerosene” singer donned one of her best looks yet at the ACM Honors on August 24, 2022, in an Alex Perry orange fitted blazer over a matching short minidress. Miranda showed off her sexy, toned legs, as well as her other gorgeous awards show accessory, husband Brendan McLoughlin.

At the 2022 CMT Music Awards in April, the “Vice” songstress wore one of her most eye-popping and daring dresses to date, rocking a plunging blue glittering minidress that had fans buzzing Miranda’s edgy style.

The 14-time CMA winner will have major fashion competition from another stylish singer, Carrie Underwood, who is nominated for three awards including Entertainer of the Year, Female Vocalist of the Year and Musical Event of the Year. She’ll be going head-to-head with Miranda in the first two categories and are the only women in the EOTY field.

Carrie’s red carpet dresses have run the gamut, especially when she co-hosted the CMAs for 12 years, ending in 2019. The “Cry Pretty” songstress would go through up to eight incredible outfit changes per show. Now, Carrie and her stylist only have to focus on what she wears when arriving to the ceremony and her onstage costume for a performance of “Hate My Heart” during the telecast.

Kelsea Ballerini has been killing it on country music awards show red carpets over the past few years and the CMAs should be no exception. Her sleek long-sleeved, white figure-hugging top with a corseted bodice and matching thigh-high slit skirt she donned for the 2021 CMAs red carpet is going to be a hard look to top. The custom Valdrin Sahiti ensemble landed her on many best dressed lists. Kelsea will be performing “You’re Drunk, Go Home,” featuring Kelly Clarkson and Carly Pearce.

Katy Perry never fails to disappoint with her always entertaining outfits, and it will be interesting to see what she chooses to wear for the CMAs red carpet. The pop superstar will be performing “Where We Started” alongside Thomas Rhett during the telecast. She’ll also likely be thrilled to meet back up with her fellow American Idol judge Luke Bryan, who is cohosting the 2022 CMAs with retired NFL star Peyton Manning.

Scroll down for photos of the best and worst dressed stars on the 2022 CMAs red carpet so far. 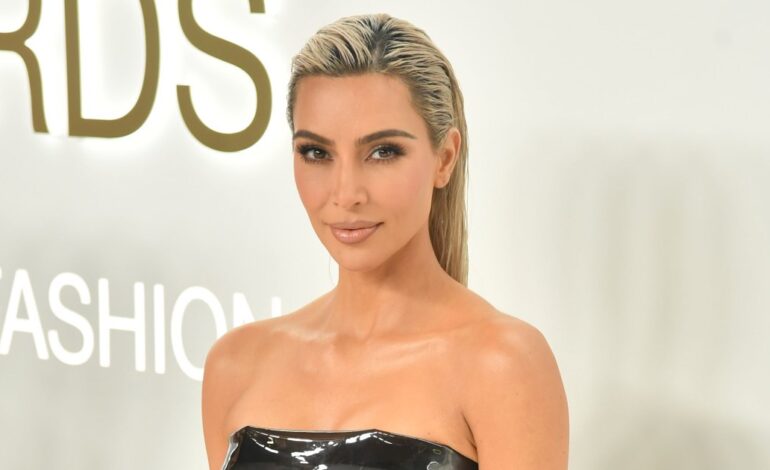 Kim Kardashian Cooking Video Trolled: ‘She Has a Chef’ 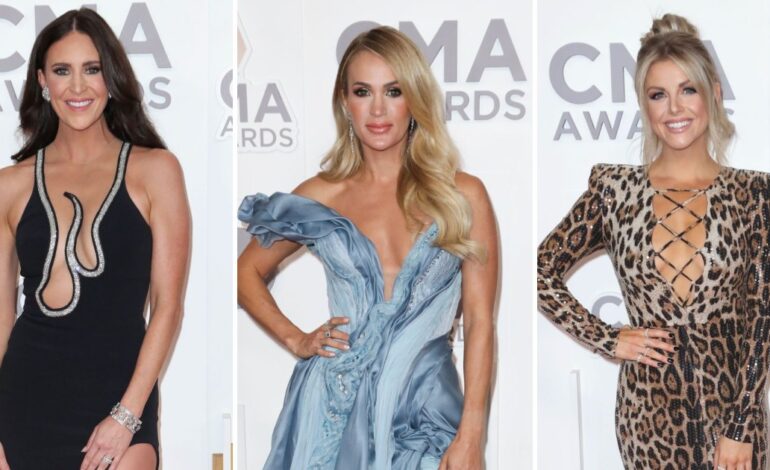