Crypto Regulation Starts in Columbia as Exchanges are Targeted First 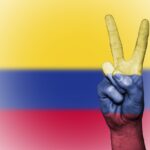 In its first debate, the Congress of Colombia approved a bill to regulate cryptocurrency exchanges in Colombia. This is the first step to clarify this issue. Representative of the Green Party, Mauricio Toros, one of the bill’s creators, stated that the bill was necessary to protect users against Ponzi schemes and provide them with security in the crypto world.

Latam is seeing the influence and growth of crypto and related businesses in their territory. Colombia is one of these countries. This is driving the government to accelerate regulation of cryptocurrency exchanges in order to clarify the responsibilities of these companies.

The Colombian Congress approved a bill to improve security and clarity for crypto exchanges. , a representative of the Green Party, Mauricio Toro, gave his opinion on this development via social media. According to Toro

Colombia must move forward with regulating this multi-million dollar legal business to create jobs and other opportunities, and to provide security for Colombians who want to buy their assets.

Toro also stated that the bill was intended to protect customers and users of these platforms against falling prey to Ponzi schemes.

There is still much to be done
Although Toro expressed optimism about the bill’s potential impact, it is still in its early stages. The project will need to go through three more rounds of discussion before being approved and made law. Due to the political situation in Colombia today, which is currently in the middle its electoral cycle, this might take longer than usual. The second round of the Colombian election will be coming up soon.

If the current state is approved, crypto exchanges in Colombia must register to offer their services. They will need to disclose to their customers the potential risks and benefits of cryptocurrency trading. Banks will also allow direct connection between crypto exchanges and fiat currency accounts, which will help to prevent the spread of Ponzi schemes, and other pyramid scams.

Other institutions in Colombia are also working to regulate customer-exchange transactions. The UIAF, a money-laundering watchdog, announced in April that cryptocurrency transactions would be reported to them via an online system. But, later backedtracked and put off the mention resolution.

The post Crypto Regulation Starts in Columbia as Exchanges are Targeted First first appeared on The Daily Encrypt.

7 Tips for Planning Your Kitchen Remodel