Did Bachelor in Paradise’s Lace Morris Get Plastic Surgery?

Then and now! Lace Morris was already a franchise veteran before joining the cast of Bachelor in Paradise season 8, and she’s really updated her look. Did the contestant get plastic surgery? Keep reading for everything we know!

Did Lace Morris Get Plastic Surgery?

Lace, 32, keeps things pretty candid on social media and has openly talked about lip fillers, skin treatments and her decision to undergo a breast augmentation.

On February 13, 2022, she encouraged her Instagram followers to book an appointment with Colorado-based Angel Aesthetics for “the best Valentine’s [Day] ready lips,” while showing off her pristine and larger pout. At the time, Lace said she was celebrating “Single’s Awareness Day” and looked gorgeous while teasing the fact that she was unattached.

In addition, Lace opened up about her “huge desire” to get a boob job in September 2019 before going under the knife ahead of her 30th birthday.

“Another new adventure begins. I feel like I’m always pretty effing real on IG, and I’m excited to share this journey with you,” the Bachelor Nation alum wrote via Instagram at the time. “Ever since I was 18 I have felt insecure about having little to no boobs. For so long I envied/admired women with boobs, and I never truly felt like a WOMAN. I’m aware I don’t have to have boobs to feel like a woman, but that’s just me.”

The Colorado native admitted she “hesitated” on getting her boobs done for years because she wanted to ensure she was altering her body for “the right reasons.”

“I’ve spent a lot of my 20s searching for happiness in all the wrong places. Now that I am single and my only commitment right now is to better all aspects of myself (mental, emotional, career, confidence, etc.),

I have decided to get a breast augmentation,” her post continued. “As I am experiencing massive growth and success, I’m still feeling a huge desire to move forward with this decision. I’m not doing this to please anyone but myself … I know many of you will be supportive of my decision, but I also understand that some of you won’t — and that’s OK!!!”

Lace has also been candid about non-invasive procedures, including what she’s done to treat her adult acne. “Besides being consistent with @missangelrenee working on my skin, I rid a huge stressor in my life and my skin has been AMAZING since,” she wrote in January 2020, seemingly hinting at a breakup. “Recently had the Clear and Brilliant Laser done.”

Who Is Lace Morris?

She found love with fellow contestant Grant Kemp, and they got engaged on the beach in Mexico during the finale. However, they ended their engagement and split in November 2016, just two months after Grant popped the question.

Lace admitted she thought her feelings were “lust” and not true love. “I think lust is like sexual and you kind of have this fantasy of what you want. You want it to work, you think this guy is attractive, you think you’re in love. It’s almost forced,” she explained on an episode of Ben and Ashley Iaconneti’s “Almost Famous” podcast in 2017.

For his part, Grant divulged that their relationship had its drama. “I did everything I could to protect her when we did break up,” he told Us Weekly at the time. “I put out in the media that it was mutual and was respectful enough to do that. It was a very volatile relationship. I definitely still hope for the best for her.”

Lace will be trying her hand at love again during season 8 of Bachelor in Paradise. Caution: Spoilers below! Do not keep reading if you don’t want to know what happens.

Does Lace Morris Get Engaged on ‘Bachelor in Paradise’?

Lace does not leave BiP engaged or in a relationship, according to Reality Steve. It’s unclear how long she stays on the beach or if she hits it off with any of her fellow beachgoers.

Lace has changed quite a bit since she first appeared on our television screens. Keep scrolling to see photos of her then and now! 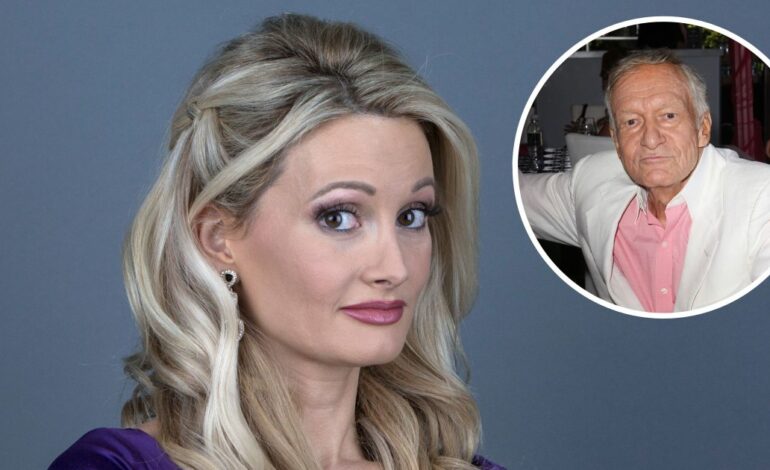