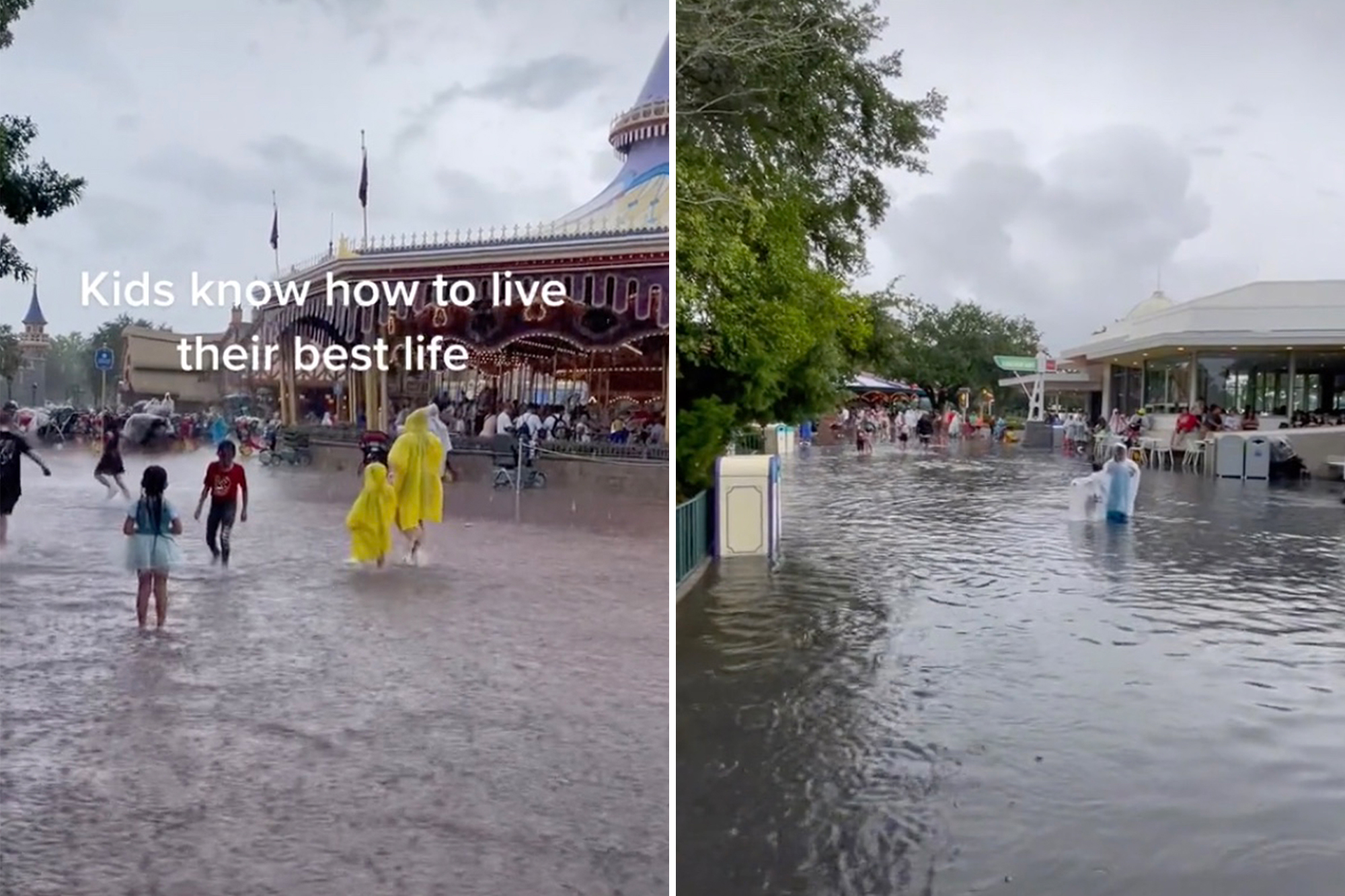 Disney World guests are getting an unexpected waterpark experience amid a spate of severe thunderstorms that have hit Orlando, Fla. in recent days.

Customers at Disney World’s Epcot and Magic Kingdom have been forced to run for cover — and in some cases have even been caught on camera wading through knee-deep water, according to Inside the Magic.

The Disney blog posted videos of and photos of soaked customers trudging through the floods, many of them children.

One video from a Disney World guest revealed an ominous, darkened sky flickering, as lightning signaled an impending bout of heavy rain to pour down on the park Tuesday evening.

Another customer caught the aftermath of the storm on camera, capturing a river of murky, brown water at Disney World’s Epcot.

The Magic Kingdom was also hit, with one guest posting a video of herself sheltering until the thunder, lightning and downpour subsided.

Although flash floods are common in Florida, one guest commented on the video that the storms have been unusually bad this summer.

“This went on all night, the rain and thunder subsided but then it was crazy lightning all night,” the user wrote.

Inside the Magic also captured drenched guests adorning plastic ponchos fleeing the park as lighting flashed in the sky above. The blog noted that Disney World is in for worse flooding in the future.

Rainfall in Florida has jumped 28% since 1958, according to the Environmental Protection Agency (EPA), and that trend is only expected to continue, the site said.

Fashion Powerhouse Gucci to be first to Accept ApeCoin as Payment