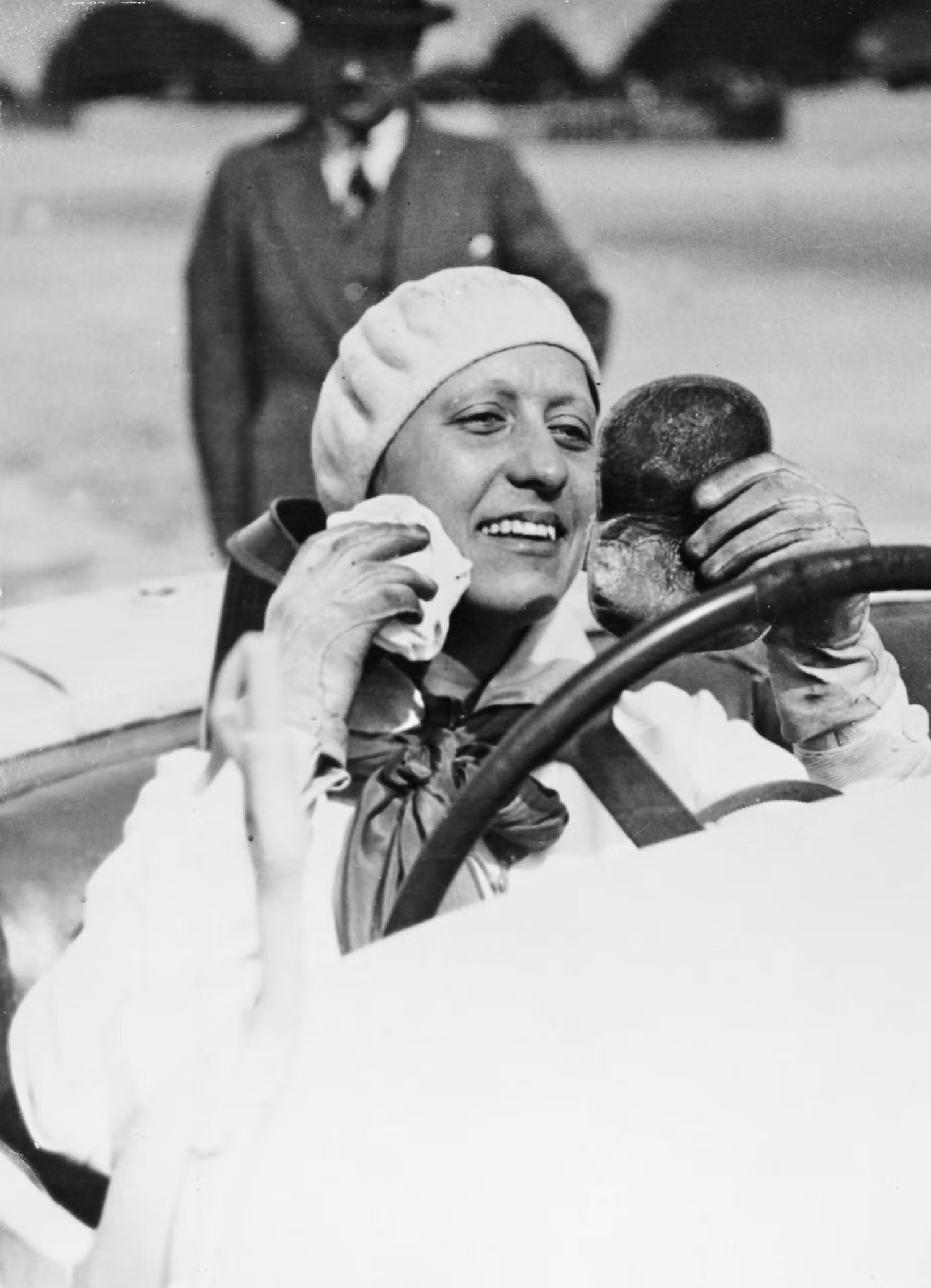 On September 10, 1933, then piloting an Alfa Romeo, Nice drove in one of the deadliest races in history. During that year’s Monza Grand Prix, three of the period’s leading race drivers—Giuseppe Campari, Baconin “Mario Umberto” Borzacchini, and the Polish count Stanislas Czaikowski—were killed. Nice placed third (and last of the finishers) in the race’s second heat, in which Campari and Borzacchini had been killed. She was flagged off in ninth place, two laps behind the winner, in the shortened final in which Czaikowski had died.

In 1936, she journeyed to Brazil to compete in two grand prix races. During the São Paulo Grand Prix, she was in third place behind Brazilian champion Manuel de Teffé when a freak accident almost ended in her death. Her Alfa Romeo pinwheeled through the air and smashed into the grandstand, killing six people and wounding more than thirty others. Nice was launched from the Alfa and she landed on a soldier, who bore the full impact of her body, saving her life. The impact killed the soldier and because Nice lay unconscious, she, too, was thought to be dead. Taken to the hospital, she was comatose for three days before regaining consciousness; two months later, she was discharged from the hospital.

As a result of the serious head injuries she had suffered, she was not able to convince a manufacturer to risk hiring her. In 1937, she attempted a comeback, hoping to race in the Mille Miglia and the Tripoli Grand Prix, both of which offered substantial purses. Unable to find backers, she instead entered endurance trials for female drivers, sponsored by the oil company Yacco. Nice teamed up with three other women at Montlhéry and alternated stints behind the wheel. Together, the women drove for 10 days and nights straight and broke 10 world records over distances and timespans ranging from 12,500 miles to 10 days. Still she was unable to secure financial backing.

Caitlyn Jenner Gushes Over Khloe Kardashian After Baby No. 2