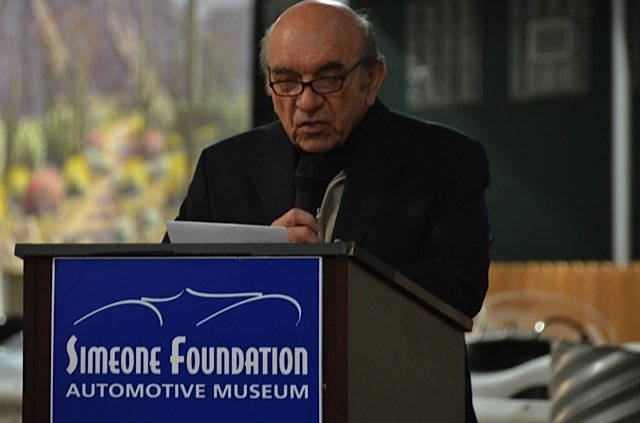 “Late last evening, as the first rays of light began to appear on the Mulsanne Straight, we lost our hero and champion, Dr. Frederick Simeone,” a release from the Simeone Museum stated. “Mere words cannot convey our overwhelming grief and sadness, nor can they express what this great man meant to so many people.”

Dr. Simeone developed his love of cars from his father, and inherited four cars from him after his passing in 1972. Dr. Simeone added cars to his father’s collection and those vehicles were donated to the museum’s foundation.

The Philadelphia-based museum has more than 75 historically significant vehicles and Dr. Simeone was a iconic figure in the world of collector cars.

“I am saddened to hear of the passing of Dr. Fred Simeone,” said Craig Jackson, chairman and CEO of Barrett-Jackson. “He had a glorious spirit that curated one of the greatest race car collections of all time. The Simeone Foundation Museum, which he founded, is an incredible ensemble of vehicles that capture the spirit of competition. His kindness and passion, and his eagerness to share it with everyone, will be missed by us all.”

Kylie Jenner Shades Travis Scott for Getting Smoke in Her Photos