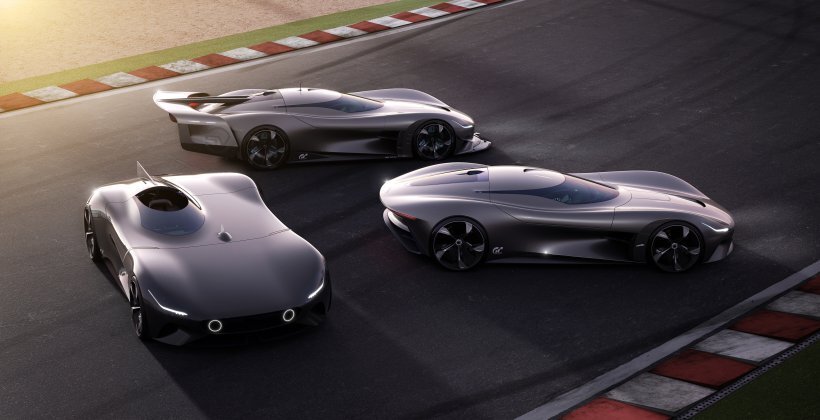 “As a car designer, being part of the team that has delivered three virtual cars for the Gran Turismo series has been a dream project,” said Oliver Cattell-Ford, Jaguar Advanced Design exterior designer. Since the reveal of the Vision GT Coupé in 2019 and Vision GT SV in 2020, we wanted to curate the perfect way to present the full line-up of the three cars together when we revealed the Roadster – Gran Turismo 7 is the perfect way to do it.”

Borrowing lines from the Jaguar D- Type, the Jaguar Vision Gran Turismo Roadster features a monocoque body with a swept-back aero screen, long hood, and the iconic fin behind the driver is aerodynamically designed and can be deployed at speed for greater stability with minimal drag.

“The visual effect is dramatic and wouldn’t look out of place on any track or circuit around the world, from the streets of night-time Tokyo to California’s Laguna Seca raceway,” said Cattell-Ford.

When Chrysler (almost) made a 2CV — Petersen Automotive Museum