Get plugged in on the latest in sports media

Before we present the 25 most powerful people in sports media for 2022, a few things to know.

• These are based on this year. The most powerful people in sports media are the heads of the leagues and the networks, so there is no Adam Silver or Roger Goodell. This is just based on: “Who had the most powerful 2022?”

• There is no formula. This is my opinion, though I consulted with people I trust.

• Here’s the most important one: Anyone in the business who complains about where they were ranked or where their boss was ranked, it will be on the record. I don’t want to hear it, but if you insist, I’m reprinting what you say.

And without further adieu, here are the 25 most powerful people in sports media for 2022.

Buck moved from Fox Sports to ESPN, and in the process received nearly twice the money (from $9M to $15M per year) for half the work (no more baseball, just the NFL). And here’s the kicker: Buck’s reduced schedule will probably bring him more popularity the same way it has aided Al Michaels with his less-is-more approach in the second half of his career.

At the moment, Shanks’ and Fox Sports’ decision to pass on entering the subscription streaming jungle looks as if it could be one of the great ones in sports media history. At least in the near term.

Plus, Fox owned the Big Ten talks, and had the World Cup, the World Series and the forthcoming Super Bowl. Plus, Shanks receives points here for doing something he didn’t have to do — letting Buck go to ESPN. It was the human thing to do, even if Buck had one more year on his deal.

As we reported the day of the deal, Brady received a 10-year, $375 million contract with Fox Sports. Lachlan Murdoch, the executive chairman of Fox, would later term the number “directionally right.” Now the question is what direction will Brady go. Will he continue to play? Go into the booth? Take a year off? However you look at it, Brady is a media power player.

The chairman of ESPN fixed the Monday Night Football booth with Buck and Troy Aikman. Pitaro will add MNF flex scheduling next year. ESPN has gone all-in on streaming — without half-measures, which is the right approach if you are going for it — while it still rates really well on cable. Plus, Pitaro extended his deal with Omaha Productions’ Manningcast that, among other things, got ESPN mentioned on “Saturday Night Live” in a good way.

Donoghue sold her bosses on the idea of Amazon obtaining the rights to broadcast the NFL on Thursday nights. Amazon Prime Video having an exclusive NFL package is a historic moment for sports media as a new era began this year. She and Jay Marine, who is Amazon’s Prime Video’s Global Head of Sports, continue to strengthen their relationship with the NBA through a variety of deals. This is the exact playbook they used prior to Amazon striking a $1 billion-plus-per-year deal with the NFL. The NBA rights are up after the 2024-25 season. Everybody paying attention?

Barkley is the greatest studio analyst in history. I don’t think there is much of an argument. I’m not even sure who would be second. With that, Warner Bros. Discovery ripped up the final three years of its deal with Barkley, and he went from $10 million a year to likely in the Tony Romo neighborhood of $18M per on a new 10-year agreement. Though there is a question of whether TNT and its parent company, WBD, keep the NBA, it’s a smart move to show up to negotiations with Barkley and the rest of the iconic “Inside the NBA” crew in tow.

Smith just did his thing this year, but again — pay attention, folks — he is building something. Not only is he ubiquitous on ESPN, he started a podcast with new episodes three times a week. It seems pretty clear Smith, 55, is trying to position himself to replace Jimmy Kimmel in late night if Kimmel walks away in three years.

Though it is a different skill set, the ratings of “First Take” keep skyrocketing, making Smith’s star bigger than ever.

This is what you have to like about Manning: Yes, he has a team around him, but he is really involved in his company, chiming in on matters large and small, according to people who work with him. Omaha Productions is a young company, but it already means something. Be it bringing in Buck for a golf alt-cast or Pat McAfee for college football or Stephen A. on basketball, if Peyton calls, everyone picks up. He is a Mariano Rivera-type closer.

McAfee is his own conglomerate, which is pretty incredible. At the end of 2021, he signed for $30 million-plus per year with FanDuel, which didn’t even preclude him from taking in other advertising money for his YouTube show. He became a WWE star as an analyst. And this year, he joined ESPN’s iconic “College GameDay,” where he already feels, in a lot of ways, like the center of attention.

Tirico replaced Michaels on “Sunday Night Football” play-by-play after previously succeeding Bob Costas as the Olympics host. Though the transition for SNF took longer than Tirico had hoped, he is just 56 and potentially could have a long run in both gigs. He sure likes to work.

Burkhardt would be the first to say his good fortune came out of nowhere. No one thought Buck was leaving Fox Sports with a year remaining on his contract. But Buck took off, and now Burkhardt is set to call two of the next three Super Bowls after Fox said no to the 77-year-old Michaels. Add that Burkhardt is the host of the World Series and you can’t blame him for his “pinch me, is this really happening?” enthusiasm.

Working with CBS Sports president David Berson, McManus retained Champions League soccer and picked up Big Ten football rights, with the former being very important to its Paramount+ streaming business and the latter vital with the SEC leaving after next season. McManus also started transitioning CBS into its next era: Jim Nantz will call his last Final Four next year, making way for Ian Eagle.

I still remember the text at dinner I got from a source saying, “Aikman is going to ESPN and I think Buck is going too.” Told the family, “I gotta go,” and didn’t really return until months later after the crazy NFL broadcasting carousel stopped (has it stopped?). Aikman was set to stay at Fox and add Thursday nights on Amazon in a split deal. It was close, but did not happen — and the rest is sportscasting history. Aikman got his Tony Romo money at $18 million per year.

Herbstreit got paid. The exact figures are not yet fully known, but it is believed he is making $20 million-plus between his new Amazon TNF game analyst deal and his ESPN “College GameDay”/lead game analyst role. Not to mention, he’s on ESPN during the week. He has talked about it taking a toll on him in his first season, but the checks have to be nice.

The NFL is the most powerful entity in sports media. Look at the top 14 spots on this list — 12 of the individuals have a direct connection to the league. Even Stephen A. always talks NFL. Only Barkley is in the above group with really no NFL tie.

It can be argued that no one has decided the future of media — not just sports — more than Rolapp.

Rolapp made deals with CBS, NBC, Fox and ESPN that will effectively have us watching games the same way on Sundays and Mondays into the 2030s. Plus, with Amazon entering the mix and the flexibility of the rights contracts, the NFL has also ushered in the next era.

Where Sunday Ticket ends up could have significant implications: A decision has to come soon because DirecTV’s deal expires after this season.

Do you think if Tiger Woods went to LIV Golf, it would already have a TV deal? That’s a rhetorical question. The answer is: of course. Woods reportedly turned down an offer that was for $700 million or $800 million. Dang, that is power.

Woods’ decision really could have undermined the leverage the PGA has in its battle with LIV. It is still in a fight, but it has Woods on its side, which has huge media implications.

When Woj was writing insightful columns years ago for the Bergen Record, I’m not sure anyone saw him going down in history as a legendary NBA insider. With a new deal that pays in the range of $7 million per year, Woj has gotten so big that he has become a story around each NBA story. He’s powerful inside ESPN and in the NBA.

The misperception on Schefter is he is just a human Pez dispenser with GMs and agents inserting tablets of information that he then spits out. Schefter is that, but there is more to it. He is a central part of the NFL ecosystem and drives it by unearthing important nuggets. And he got paid to the tune of $9 million a year as he fuels ESPN’s shows all day.

He really needs to take a deep breath when reporting non-transaction news because he makes too many mistakes with touchy subjects.

Burleson has moved into Michael Strahan territory as a guy who does morning news, NFL analysis and more. Who could see this coming? (Oh, this piece is from July 2019? Thanks for making me look good, Nate.) Burelson is a superstar who has managed his career to perfection.

Barstool is part of the lexicon with its mixture of comedy and controversy. Portnoy is the leader of the company. He can be entertaining with pizza reviews and vindictive when he goes after anyone he has perceived to have crossed him. He has clout: He can adopt Tottenham as his favorite Premier League team and soon be conducting a pizza review with Harry Kane and Co.

NBC got bigger in the college game with the acquisition of Big Ten rights. Plus, our memories have to be long to do these rankings. NBC began the year with the Olympics and the Super Bowl, which is about as big as it gets.

Silberwasser replaced Jeff Zucker as the head of sports for Turner and HBO Max. He takes over a tremendous portfolio that includes the NBA, MLB, NHL, March Madness and “The Match” golf exhibitions. He could move up this list in the coming years because, entering 2023, where is WBD Sports going? It feels kind of unclear at the moment after so many changes. Silberwasser will be leading the plan.

Pyatt, from WME, got Aikman to ESPN when he was headed to a Fox/Amazon combo. As one TV executive said at the time, the move doesn’t happen without Pyatt orchestrating. Kramer, co-head of CAA Sports Media Group with Young, was behind Woj’s and Schefter’s megadeals (David Koonin was also in on Schefter). Young was the mastermind behind Buck’s major move from Fox to ESPN.

Here is the number you need to know on Andrews: 27. That is how old she is. Not too shabby, considering she is becoming the face of the NBA coverage, ubiquitous on her daily show, as a sideline reporter and now hosting “NBA Countdown.” Where does her career go from here? If you could buy stock in it, you probably would.

As the executive producer of the Winter Olympics in Beijing, Solomon had to deal with COVID and China. Though it wasn’t the most-watched Olympics, it was a feat to just get it on the air under tense circumstances.

One final note: I’m serious. You can complain, folks, but it is on the record and I’m printing it in my next newsletter. 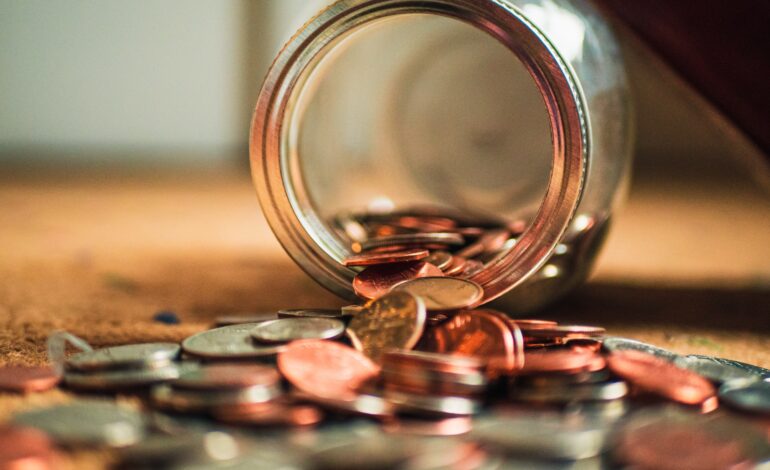 Treatment of Shareholders’ Unclaimed Dividends Under the Companies Act 2019, (Act 992) and the Constitutional issue that Arises! 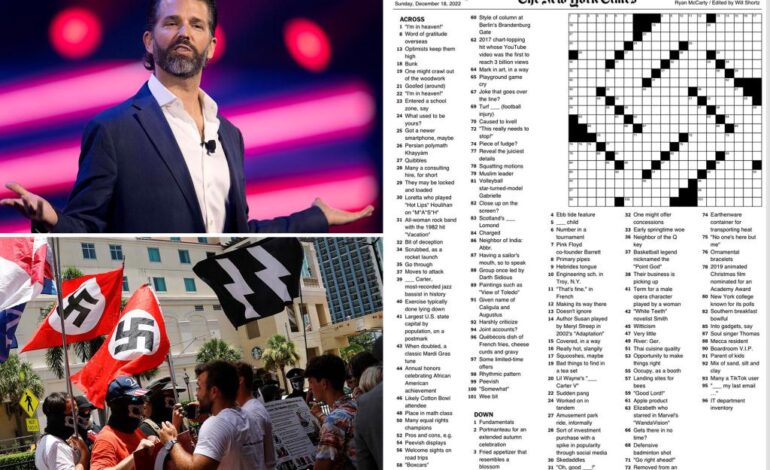