Down the aisle! The Kardashian-Jenners have worn some unique wedding dresses in the past. While their ceremonies were lavish, of course, the famous women each focused on the intricate details of their gowns.

Kim Kardashian was the first of her sisters to get married. She was 19 years old when she secretly wed ex-husband and producer, Damon Thomas, in 2000. The two divorced after three years of marriage, and fans never had a chance to see her wedding attire from their quickie Las Vegas nuptials.

Khloé Kardashian, however, showed off her stunning mermaid Vera Wang gown when she tied the knot with ex-husband Lamar Odom in September 2009. The Good American founder beamed ear-to-ear at the ceremony in her strapless ensemble, which she accessorized with a matching veil. The couple wed in Arizona after dating for just one month. After initially splitting in December 2013, they officially divorced in December 2016.

After Khloé walked down the aisle, Kim married her second husband, Kris Humphries, in August 2011. While their marriage only lasted for 72 days, the Skims founder brought the glitz and glam to her wedding, changing into three different dresses for the occasion. Her first gown was a strapless Vera Wang ballgown, complemented with a diamond headpiece and veil. For her second ensemble, Kim donned a sleeveless Vera Wang mermaid dress, which had a feathered skirt and train. Her final style change for the evening was a silk Vera Wang, plunging V-neck gown.

When Kim married ex-husband Kanye “Ye” West in May 2014, she chose a white lace Givenchy gown and long veil for their Florence, Italy, ceremony. Although their marriage ended when Kim filed for divorce in February 2021, that wasn’t the last time she wore a wedding gown. She wore a Balenciaga wedding dress while participating in Ye’s Donda listening party six months after their split.

During episode 4 of the Kardashian-Jenners’ Hulu series, which aired in May 2022, Kim jokingly said “fourth time’s the charm” when she explained whether she would marry again.

“I believe in love,” the Skims founder said. “That’s why, hopefully, there will be one more wedding for me.”

Eldest sister Kourtney Kardashian enjoyed three separate 2022 wedding ceremonies with husband Travis Barker. After proposing to the Poosh founder in October 2021, the duo participated in a wedding ceremony in Las Vegas in April 2022. However, they did not legally get married at the time because they didn’t get a marriage license. At their ceremony, Kourtney wore a chic leather jacket, a yellow shirt, black pants and sunglasses.

Less than two months later, though, they legally got hitched at a Santa Barbara, California, courthouse. And the reality TV star showed off the white minidress and veil she wore via Instagram.

“Till death do us part,” she and the Blink-182 drummer captioned their Instagram carousel posts in May 2022.

The pair tied the knot in a third wedding ceremony in Portofino, Italy, on May 22, 2022, with Kourtney wearing a stunning Dolce & Gabbana gown.

Scroll down to see photos of the Kardashian-Jenners’ wedding dresses! 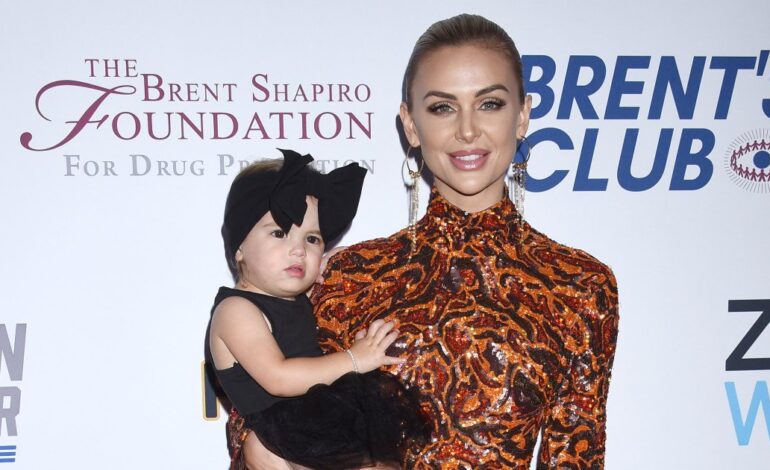 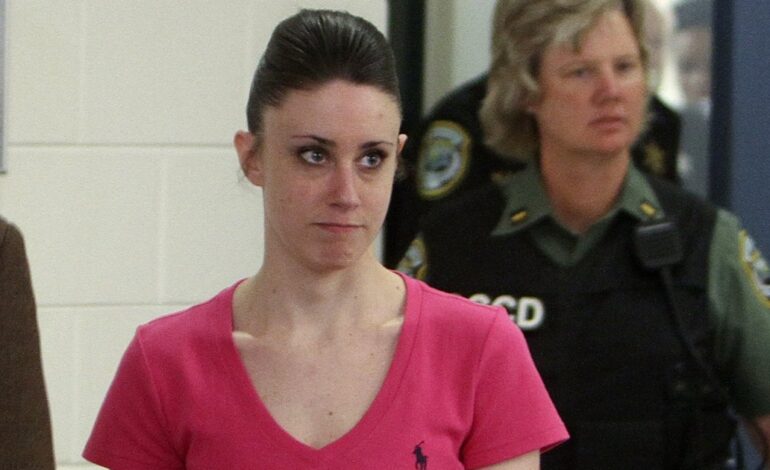 Where She Is After Daughter Caylee’s Death