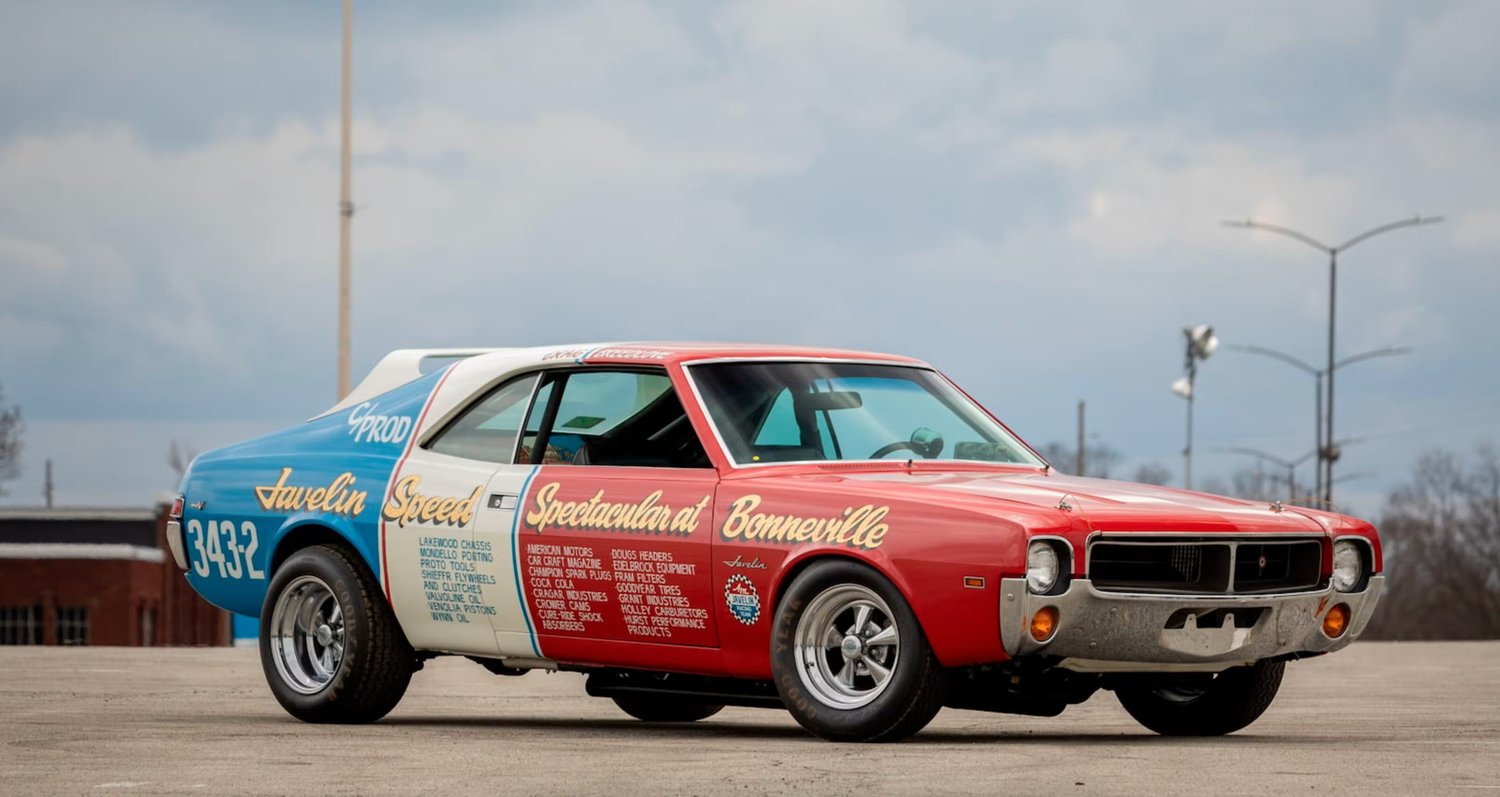 This car and two nearly identical siblings were built by AMC for a promotion with Car Craft magazine and Edelbrock. Nine entrants would be selected via mail-in entry to make up three, three-person teams that would tune and crew three specially-prepared 1968 Javelins. Craig Breedlove would then race them on the Bonneville Salt Flats.

Just a few years prior, Breedlove had been in the midst of a land-speed-record spree with brothers Walt and Art Arfons, who each built and campaigned cars to claim the title of world’s fastest. Breedlove’s 600.601 mph record, set in 1965, was still holding in November 1968 when the “Javelin Speed Spectacular at Bonneville” was held. Breedlove drove each car across the salt and this one, the middle of the three, was the fastest, claiming the C/Production record with a flying mile speed of 161.733 mph.

Despite not being a full reincarnation of the original IS F,