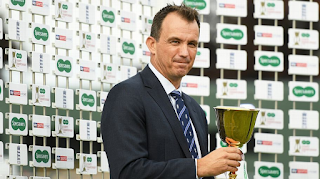 Tom Harrison, the ECB’s chief executive, has estimated that an entire season without cricket will cost the game in England and Wales “well in excess of £300 million”.

In a letter to PCA chief executive Tony Irish, seen by ESPNcricinfo, Harrison admitted that the ECB is “having to reset our future plans across the whole game in order to ensure its long-term survival” in the midst of the COVID-19 pandemic, which threatens to wipe out much of the English summer.

The ECB unveiled an initial £61m support package on Tuesday night, aimed at ensuring both professional and recreational cricket can withstand the impact of the ongoing crisis. But with its reserves worth £11m in 2018-19 – down from £73m in 2015-16 – the potential cost of a season without cricket is a major concern.

When Bobby Robson replaced the legendary Johan Cruyff as coach of

Andre Russell is one of the most valuable players in T20 cricket, and now