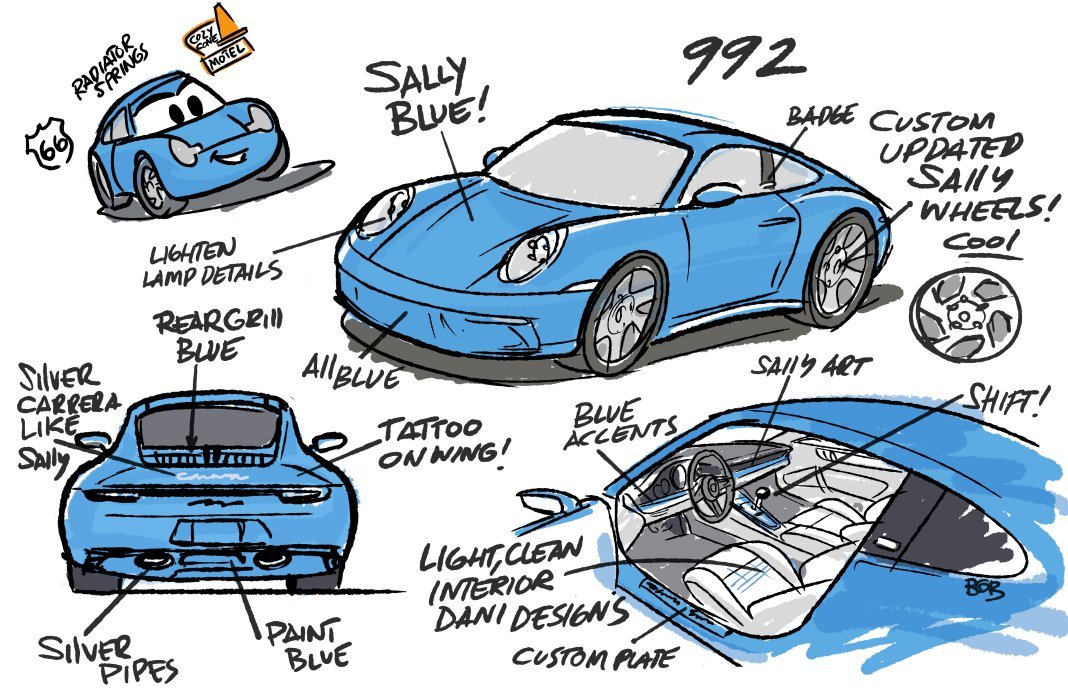 “We wanted to help, somehow, and as a team we realized we could perhaps harness what we were working on to raise money,” said Jay Ward, creative director for the Cars franchise at now-Disney-owned Pixar.

“The whole project began with the premise that Sally’s character was devoted to helping others and it seems right that this should continue 20 years on.”

The money raised at auction, to be conducted by RM Sotheby’s, will be added to other donations; Porsche recently donated a million euros in emergency aid for the people in Ukraine.

“We are, for the first time ever, going to build a brand new, street legal Porsche 911 inspired by the special character we created – Sally Carrera,” Ward continued. “Only one will ever be made. It will be auctioned with all proceeds specifically aimed to help children, supporting education programs for young girls in the U.S. through Girls Inc. and refugee families fleeing Ukraine, predominately women and children.”

“The majority of those forced to flee Ukraine are women and children, among them unaccompanied children and those separated from their parents,” added Anne-Marie Grey, executive director of USA for UNHCR. “But there is reason to hope with the critical support of companies like Porsche and Pixar Animation Studios who have generously stepped up to help ensure their safety and protection in months to come.”