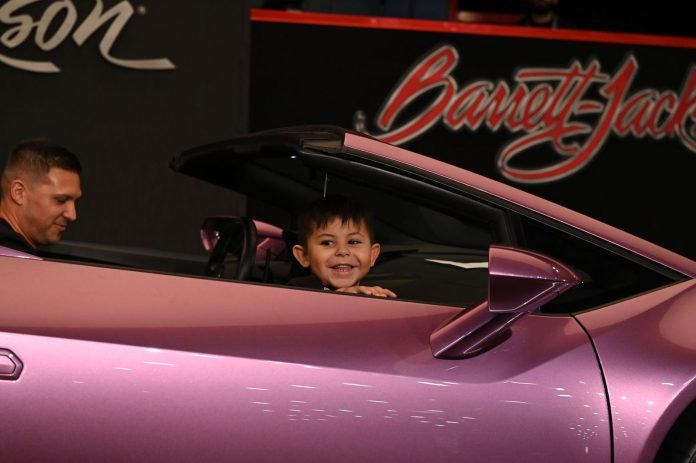 “The goal is to provide these amazing kids with an adrenaline-filled escape from reality, a boost to help them stay strong through their battles, and create memories they will cherish forever.”

The VIPs embarked on a supercar adventure that began by crossing Barrett-Jackson’s auction block in the passenger seat of a supercar. Each child received a hero’s welcome, were introduced to those in attendance by longtime Barrett-Jackson television personality Rick DeBruhl and took pictures from the block with the supercars. Following the excitement on stage, the VIPs enjoyed a police-escorted cruise down Las Vegas Boulevard in their supercars before they returned to the West Hall for a day of family fun at the auction.