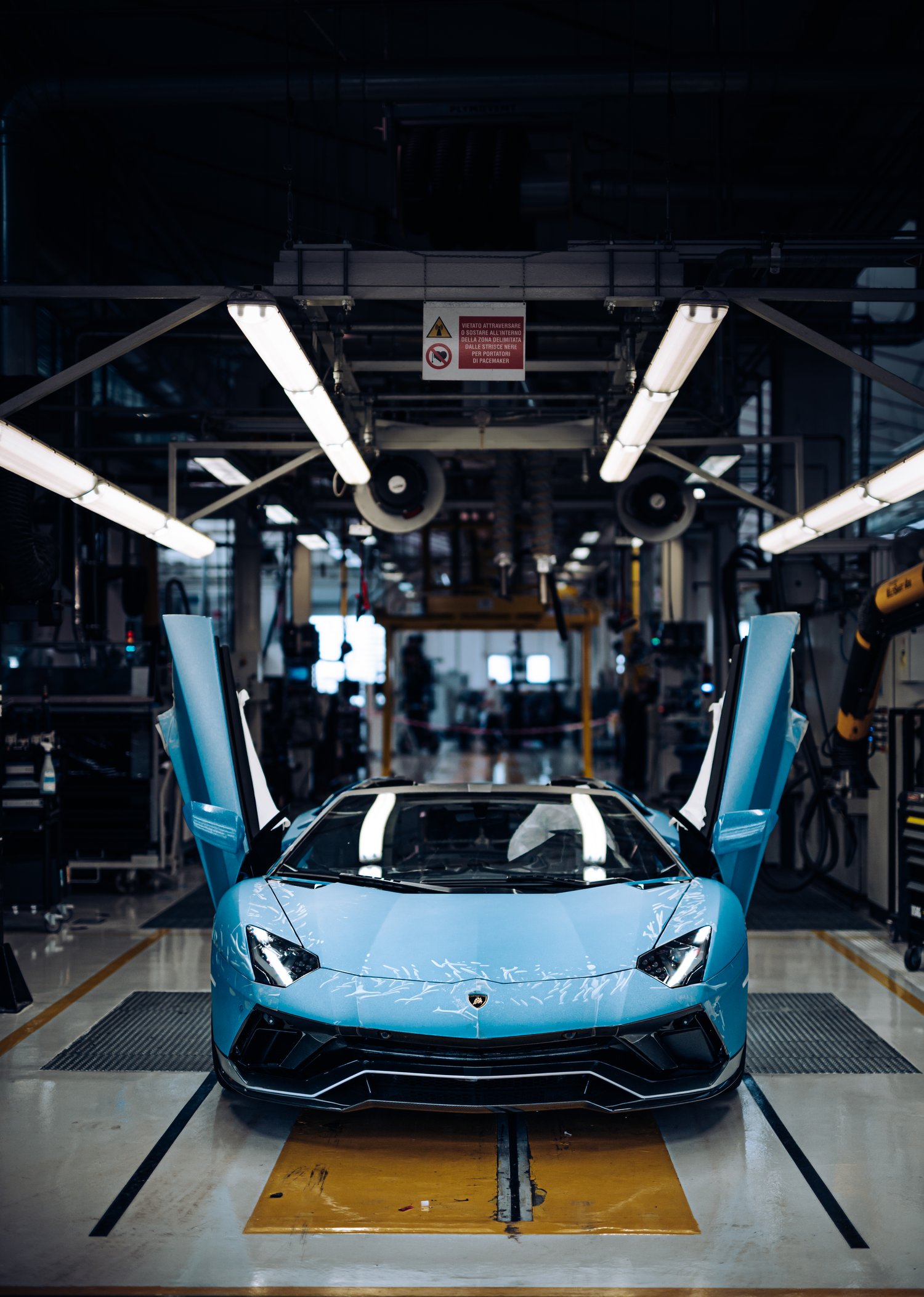 Lamborghini has a strong heritage of producing few-offs and very limited editions of its super sports cars, particularly its flagship V12 Aventador.

A year after the Aventador’s launch, the one-off Lamborghini Jota was shown at the 2012 Geneva Motor Show:  the roofless and windowless lightweight barchetta model, which introduced Lamborghini’s CarbonSkin™ fabric, paid homage to the FIA Appendix J racecar regulations and the earlier Miura Jota.

In celebration of the company’s 50th anniversary in 2013, a special Aventador Anniversario was first shown at Shanghai Motor Show in 2013 and the roadster at Monterey Car Week the same year. The 100 coupés and 100 roadsters were produced with a 20 hp power upgrade; improved aerodynamics; model-specific yellow Giallo Maggio sparkling yellow paint and a 50th anniversary logo in forged composite carbon fiber.

Its anniversary year also saw the creation of the Lamborghini Aventador airport ‘follow-me’ car for its hometown Guglielmo Marconi airport in Bologna.  The LP 700-4 in white with red and white chequered flag livery, safety lights on its roof and ‘follow me’ on its bonnet, thrilled passengers as the Aventador greeted planes and led them to their stands during Lamborghini’s celebration month in May 2013.

In December 2014, celebrating the 50-year, long-term association between Lamborghini and Pirelli, the Aventador LP 700-4 Pirelli edition was announced in coupé and roadster form. Its two-tone color scheme echoed that of Pirelli’s tyres, with contrasting black roof and detail and with a thin red line running through the roof.

In July 2020 during the challenge of the pandemic, the Aventador SVJ Xago was announced: just ten units would be produced for clients using Lamborghini’s new virtual Ad Personam studio, taking inspiration from the ‘hexagonita’ shape found in Lamborghini design and in the storm clouds around Saturn’s north pole.

Lamborghini few-offs based on the Aventador chassis include the Veneno coupé and roadster. Celebrating the 50th anniversary year in 2013, the coupé was unveiled at Geneva Motor Show with 740 hp, an extreme lightweight design drawing on the familiar Lamborghini Y-shape around its  increased air intakes and a modified exhaust. An interpretation of a racing prototype homologated for the road, three of the Grigio Veneno coupè were built for customers, each featuring a different accent color from the green, white and red Italian flag, with a fourth car retained by the factory.  Nine Veneno roadsters were also created for clients following the car’s reveal on board a naval air carrier in Abu Dhabi in December 2013.

At the 2016 Geneva Motor Show, the Lamborghini Centenario was unveiled, honoring the 100th birthday of Ferruccio Lamborghini in a celebration of design and technology innovation. A recalibrated SV powerplant output 770 hp with 690 Nm of torque at 5,500 rpm, accelerating from a standstill to 100 km/h in just 2.8 seconds. With rear-wheel steering for maneuverability in town and stability at high speeds, an electronically deployed rear wing contributes to significant downforce. The 20 coupés, and 20 units of the roadster shown at Monterey Car Week later that year, were all sold prior to their public debut.

The SC18 Alston announced in November 2018 is a one-off, track car created for a customer in collaboration with Lamborghini’s Squadra Corsa motorsport department.  Based on the SVJ with a power output of 770 hp, it drew on aerodynamic features from Lamborghini race cars including an adjustable carbon fiber wing, air intakes and hood scoop, a central fin, Veneno-inspired wheels and a one-off exhaust system and rear lights inspired by the Centenario.  The 830 hp SCV12 unveiled in 2020, produced in just 40 units, was developed by Lamborghini Squadra Corsa and designed by the Centro Stile. A track car created for an exclusive ‘club’ of 40 owners, it was the first GT car homologated to FIA prototype safety measures based around the Aventador’s carbon fiber monocoque.

The Lamborghini Sián FKP 37 was officially presented at the 2019 Frankfurt Motor Show: its moniker paying homage to VW chief and Lamborghini supporter Ferdinand Piech who was born in 1937. Based on the Aventador SVJ chassis, power comes from the reconfigured V12 combustion 780 hp engine together with a 34 hp electric motor powered by supercapacitors at the rear axle to produce a total of 808 hp: the first hybrid super sports car to be produced by Lamborghini. The Countach LPI 800-4, presented at Monterey Car Week in 2021, is a design rulebreaker produced in 112 units to celebrate the 50th anniversary of the legendary Countach; a forerunner and design inspiration to the V12 Aventador and like all Aventadors: sold. 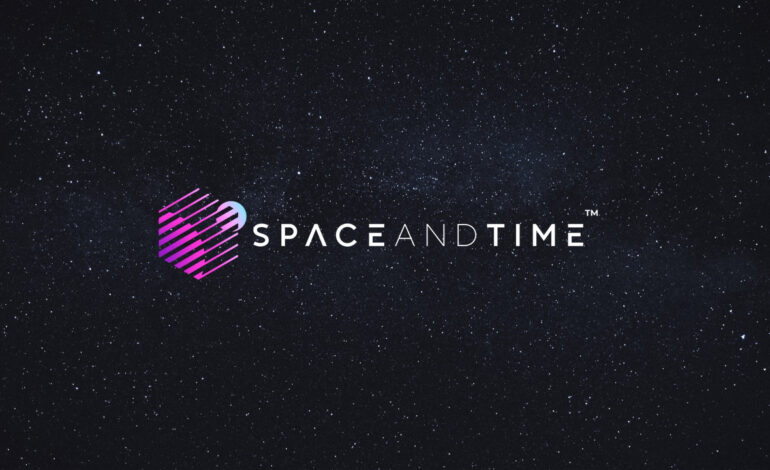 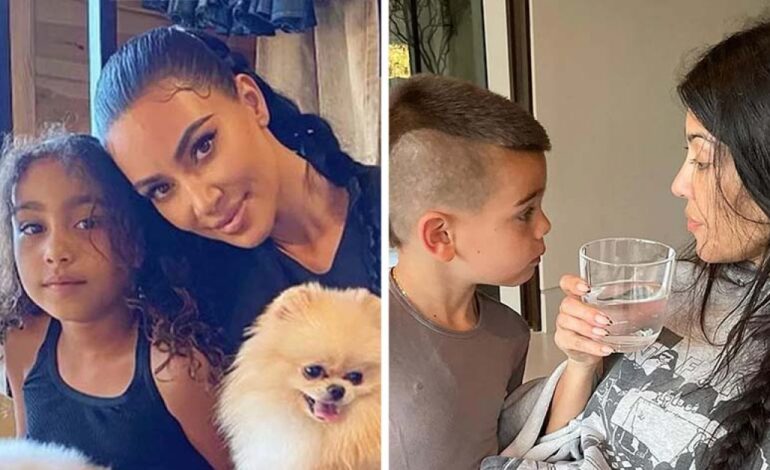