Praise the Lord, the holiday season marked my 50th anniversary of working at the New York Post.

It’s rare for a journalist to remain at the same newspaper for even 10 years, much less a half-century. It wasn’t even common in 1972 when I first set foot in The Post’s smelly, ink- and ash-stained newsroom at 210 South Street.

There’s a story behind my loyalty to “America’s Oldest Continuously Published Daily Founded by Alexander Hamilton in 1801” — and its loyalty to me. But it’s a story within a larger story: The New York Post’s equally improbable survival through five decades of turmoil and at least four near-death experiences.

The ownership has changed four times since my first day on the job. Meanwhile, the Big Apple has changed so dramatically that the city of even 20 years ago is hard for the young and newly arrived to understand  — much less the peak-murder year of 1990 that saw 2,245 homicides (compared with 434 in 2022).

Ever attuned to the city’s changing fortunes, The Post called out corruption in City Hall and in the corridors of corporate power. It challenged the prevailing left-liberal orthodoxy. And it has defied death time and again, mocking detractors who forecast our doom.

No episode in our tumultuous history rivaled the two-month “carnival” of winter 1993 when The Post fell under the control of two maniacs: financial fraudster Steven Hoffenberg and C-list real estate mogul Abe Hirschfeld.

Both men later went to prison. But first, we Posties endured abuse that climaxed in the famous staff mutiny of March 13, 1993, and our front page with a weeping Alexander Hamilton two days later. I stood with my colleagues in the publisher’s office to face down Hirschfeld, who planned to consolidate all six floors of our operations, from delivery trucks to newsroom, onto one floor.

A New York Times photo showed me and my late colleague Marc Kalech pointing defiantly at Hirschfeld. The image the next day helped to solidify staff resolves — and pave the way for Rupert Murdoch’s return.

Murdoch, who first purchased the paper in 1976 and then sold it in 1988 due to federal media regulations, was nowhere on the horizon when I first came to The Post in the last icebound week of 1972. The paper was a liberal-to-a-fault, favorite read that played to the views of its overwhelmingly Democratic readership. Pages were assembled in a grimy composing room where the groan of 19th-century linotype machines shared the din with the thud of wooden mallets on steel page frames.

The newsroom was a cloud chamber of cigar and cigarette smoke. We didn’t see our first newsroom computers until 1978 when mammoth, 18-inch-long “video display terminals” presented stories in four-by-five rectangles.

I was in executive editor Roger Wood’s office in April 1983 when newsroom editor Vincent Musetto strolled in with the idea for what would become the most famous headline in the city’s history, “Headless Body in Topless Bar.” I told friends that moments like that made the place too much fun to leave.

My bosses and colleagues were a colorful bunch. Wood addressed all women as “lovely ones” and all men as “dear boys.” (This was a long time ago.) To Frank Devine, our columnist Miranda Devine’s dad who worked for both Murdoch and Kalikow, each owner was mere “the proprietor.” Former TV executive Jerry Nachman ran meetings as if he was still at CBS News. “Counterprogamming!” he yelled at his troops.

Former editor-in-chief Col Allan’s midnight e-mails scorched our hard drives. But we cheered wildly when he entered local pub Langan’s in triumph the day in 2006 when The Post finally overtook the Daily News in circulation.

Swashbuckling metro editor Steve Dunleavy used to phone in commands from our “Langan’s bureau.” Meanwhile, three female staff members proudly identified as witches. I dated one of them and remain under a spell for years after her demise.

Hired as a city-room copy boy, I slid into the entertainment department, a gig that didn’t pay much better but came with free Broadway and movie tickets. Back in the city room as a copy editor, I cleaned up crime dispatches that reporters filed on five-editions-a-day deadlines.

But once, when I was still in a trial run for the job, I failed to catch that an important word was missing in a headline on the proof, so it said that a 1970s politician pleaded guilty rather than not guilty. I expected it was my last day in the newspaper business. But, “Hey,  we all do it sometimes,” the boss reassured me.

That I was the slowest and worst page designer since Benjamin Franklin’s print shop somehow escaped notice, and I miraculously found my way into top jobs in the entertainment, features, and business departments.

My assignments coincided with momentous times. In entertainment, for example, when Rudolf Nureyev and Mikhail Baryshnikov brought classical ballet to the masses in the 1970s, a stroke of fortune put my own name to light. My very first byline story — about a Joffrey Ballet star who formed a new company — was briefly mounted above the sidewalk outside City Center on West 55th Street. They put it there because no actual ballet critic thought the news was important enough to write about. I wish we had camera phones then, but I’ll carry the memory into the next life.

I ran the business pages during Wall Street’s go-go 1980s. Tipped off that an obscure junk-bond trader named Michael Milken had effectively taken control of the investment bank Drexel Burnham Lambert — and Wall Street — I remade the section cover on deadline. Yelling “faster, faster” to a terrified reporter, I caused our 750,000-copy press run to be an hour late. Nobody seemed to mind. The scoop came first.

I supervised our gossip columns in the age when larger-than-life figures such as Donald Trump and Leona Helmsley strutted like colossi in the media. Friends thought my job was glamorous. Cindy Adams’ innumerable scoops made it fun, like the time she and Hillary Clinton were thrown out of a club in 1997. But it was as often harrowing.

Society columnist Suzy (real name Aileen Mehle) wrote about a gala party she supposedly attended at the Metropolitan Museum of Art. Unfortunately, none of the bold-faced attendees she said were there could actually be spotted. Suzy had filed the column from Anguilla, relying on a week-old list of invitees. “I’m sure it was a masked ball,” I gamely defended her.

In 1998, I was cast into the role of a restaurant critic. The city’s sclerotic food establishment hardly noticed me until, in 2000, I annihilated French megastar chef Alain Ducasse’s new restaurant ADNY, where guests were given a choice of 50 pens to sign astronomical bills. It was, I wrote, “the most arrogantly launched restaurant  in the history of the world.”

My brash attack on the most celebrated chef on Earth drew praise and rage, from the New York Times to TV shows in Paris.

A detractor once called me a “jack of all tirades,” a diss I regard as an honor.

I took the most satisfaction from my coverage of the city’s recovery after 9/11. I called for swift World Trade Center reconstruction even while many “experts” were insisting the 16 acres be used for affordable housing. Even former 9/11 hero Rudy Giuliani wanted the site left empty as a memorial. Many scores of stories and columns were later displayed on the walls of the AIA Center for Architecture on La Guardia Place.

Three World Trade Center got a crucial assist from me when it desperately needed it. The 80-story skyscraper was stalled on the seventh floor over a financing dispute when the Port Authority balked over a loan agreement for the rest of the tower’s construction.

The piece I wrote on March 17, 2014 — “Blocking 3 World Trade Center Deal a Bad Idea” — got the attention of former Gov. George Pataki. Larry Silverstein got his loan guarantee. The story is mounted in a private display the developer keeps of his Trade Center history on the tower’s top floor.

Like many of my generation, I see this when I pass a Times Square “newsstand” that sells no newspapers. But nothing from the print era compares with the immediacy of response and wider exposure that digital transmission makes possible.

A satirical column I wrote last summer about New Yorkers foolish enough to move to Florida drew nearly 400,000 online page clicks. Nearly 500 readers posted comments on our site. Hundreds of emails to me confirmed that I’d struck a nerve. Dozens of other media outlets linked to the column incalculably amplifying its reach. All those, in addition to our daily 160,000 print circulation.

Thirty years ago, such a column might have drawn a dozen letters to the editor and a few cranky phone calls.

Librarians once pored through microfilm to dig up old stories. Today, anyone can use the search box on nypost.com to dig up every word I, or any other Post writer has filed since December 1998.

At a recent dinner with my friend and former Post editorial page editor Bob McManus, I needed to change a story I had filed that afternoon. It took me a minute to do it on my iPhone.

“A lot easier than when we went into the composing room,” I remarked. Bob agreed.

But in a profound way, nothing had changed. We still were reporters and editors doing our best to “diffuse among the people correct information on all interesting subjects,” as Alexander Hamilton wrote in his founding manifesto.

Today we call it “telling truth to power.” It’s been an adventure doing that for a half century and I am privileged to be part of it. 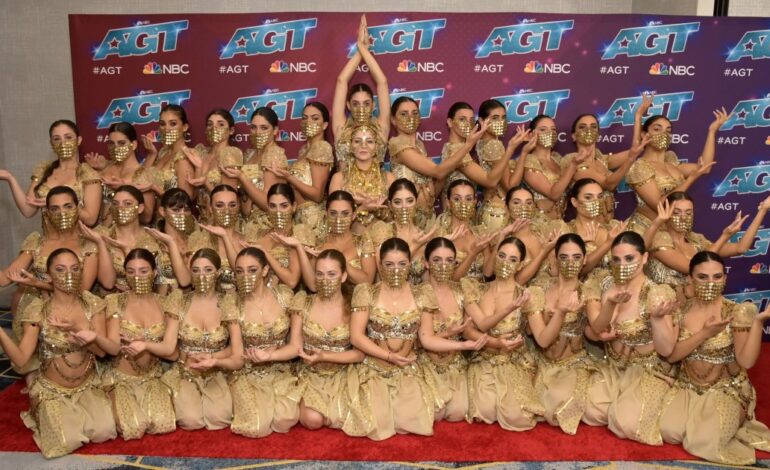 ‘America’s Got Talent’ Winners Today: Champions Then and Now 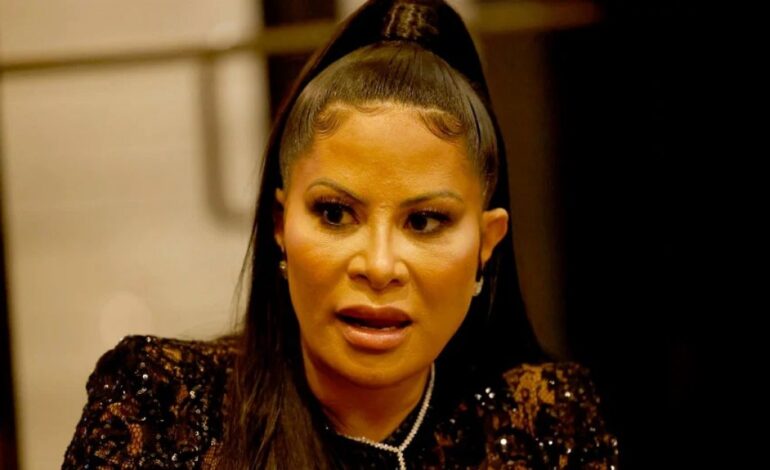