The XALTE Alpha Test: Everything You Need to Know

Press Release — The creators of XALTE: Vengeful Heroes today announced the commencement of alpha testing of the blockchain game with massive rewards for participants. It promises to be the biggest alpha testing for a gaming project. 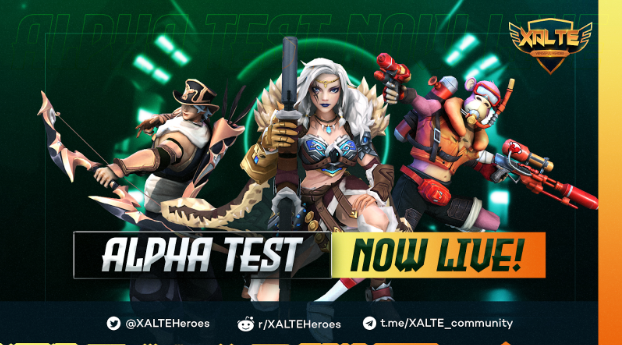 The live alpha testing is expected to run till August 15, paving the way for Vengeful Heroes beta testing. Both tests will provide the XALTE team with vital feedback, enabling the NFT game to meet the huge expectations of users.

Participants in the alpha and beta testing will be adequately compensated based on their activity level. The over $140,000 worth of rewards will consist of an assortment of tokens including stablecoins.

After years of underground development, XALTE: Vengeful Heroes is almost ready to take on the gaming world. The announcement of alpha and beta testing brings users closer to the main event. The game’s website, xalte.io holds accurate information for interested gamers.

XALTE is built on Unity’s 3D gaming engine, so gamers can expect a memorable experience.

Perhaps XALTE: Vengeful Heroes’ greatest strength is its low barrier entry path. Unlike most NFT games out there where getting involved entails splashing the cash on expensive NFTs, XALTE: Vengeful Heroes is free to play. New players can enjoy playing the NFT game without paying exorbitant fees for the token. Also, players have full control of their in-game NFT collections – they can sell them, build or keep them, it’s the player’s call.

Who can participate in the XALTE: Vengeful Heroes alpha testing?

Anyone interested in playing the game can take part in XALTE: Vengeful Heroes alpha testing. This is in addition to invitations extended to entities from the relevant stakeholders in the NFT gaming space.

Multiple Modes: The NFT game has different modes – 5V5 mode and Occupy mode – providing all players with ample opportunity to get playing

Ranking: Encourages competition amongst players. It’s the perfect place for players to stand out. Different ranks entail different capabilities, allowing players to do battle on their level.

Add Friend: Players can bring their friends on board either as opponents or teammates. It’s possible with the click of a button and a user ID number.

To learn more about XALTE, please refer to their website: https://xalte.io

TikTok stars reconsider social media fame as they burn out