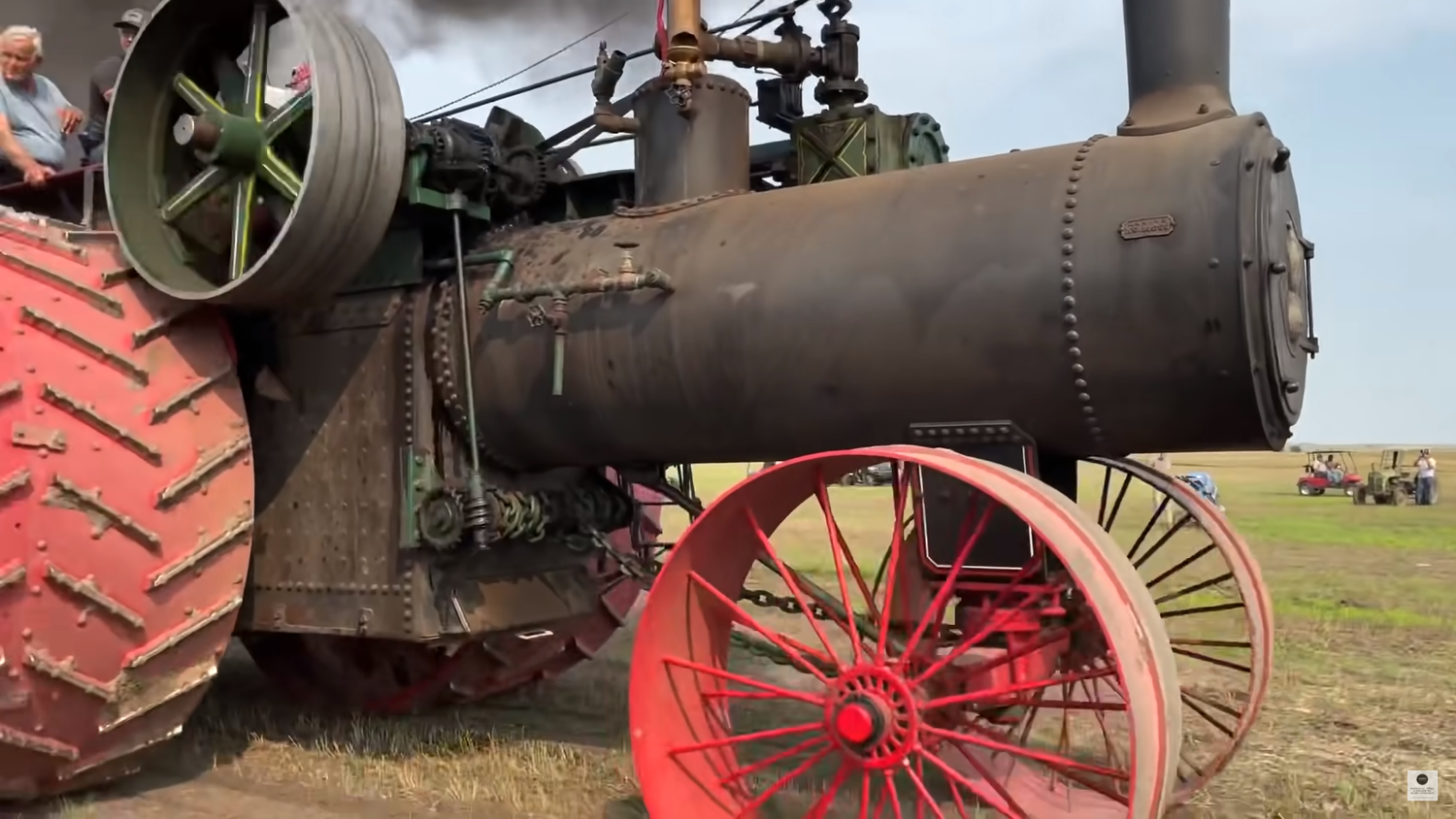 This steampunk contraption can move some serious weight. The boiler is coal-fired and nearly six foot deep. The heat from the fire produces steam that moves a 14-inch diameter piston through a 14-inch stroke. Get everything dialed in properly and there isn’t much that can stop this 75,000-pound monster. The only thing it can’t do is outrun anything: Top speed in high gear is just about 6 mph.

The engine can’t move quickly, but this video shows the 150 Case pulling a bottoming plow through the earth. Not just any bottoming plow, either—this one is assembled from multiple plows and measures nearly 50 feet edge to edge. The weight of the plow and operators alone roughly matches that of a 2000-pound competition tractor pull-sled; add in the (literal) drag produced by the resisting dirt and this object would stop just about anything in its tracks. The Case gets stoked up and pulls through without issue. Seeing the governor chatter and click means that steam piston is doing all it can, though.

This highlights the intersection of torque and horsepower. In our modern world we are spoiled by multi-speed transmissions that multiply the relatively meager torque of internal-combustion engines. Electric motors have a virtually flat torque “curve” and thus only require a transmission in specific applications. Add even a small gear ratio and suddenly a 9000-pound SUV can zip from 0 to 60 mph in 3.5 seconds with almost no drama. What that the modern, rubber-tired EV can’t do is work like this steam-powered behemoth.

Two different tools for two different tasks, though. What modern EVs and this 1905 traction engine share, strangely enough, are rather rudimentary transmissions, highlighting the technology has finally caught up to the task. Love it or hate it, EVs can haul—even if we won’t be substituting them for locomotives any time soon.

Just getting there is a 4-wheel adventure — Petersen Automotive Museum