Father-daughter date! Tobey Maguire posed alongside daughter Ruby in a rare appearance at the Babylon movie premiere on Thursday, December 15, in Los Angeles.

The Great Gatsby actor, 47, looked dapper in a classic suit while posing for solo shots. At one point, he brought his 16-year-old child on the red carpet for some photos. Ruby, for her part, looked sweet in a black dress paired with tights and a red leather coat. Her long hair was curled and she opted for minimal makeup with a pink lip.

They were celebrating Tobey’s upcoming film, Babylon, in which he stars as James McKay alongside Brad Pitt and Margot Robbie, among others.

The Spider-Man: No Way Home star shares Ruby and son Otis, 13, with his ex-wife, Jennifer Meyer. The former couple married in September 2007. They announced their separation in October 2016 and, after four years apart, Jennifer, 45, filed for divorce in October 2020. Despite their split, the exes have dedicated their time to coparenting Ruby and Otis. However, the jewelry designer has admitted that it’s “a lot of work to stay on track to stay a family.”

Jennifer appeared on the “World’s First Podcast” in June 2022 and made a rare comment about her family life, revealing where things stand between herself and Tobey now.

“In that moment, I was able to make a conscious decision about how this breakup was going to go and trust that the universe had my back, had our back as a couple for our children, for all of these things, and really, it’s been the most beautiful experience of my life having this beautiful breakup,” she shared, in part. “I mean, I can’t even explain. I would literally do anything in the world for Tobey. He is my brother. I love him to death and we have the most beautiful family.”

Jennifer went on to say that the exes were “trusting” that “the universe has got our back.” She also gave some insight into what their relationship is like post-split.

“Now, we talk about our significant others and ‘Hey, you got the kids? I’m going for a weekend away.’ You know what I mean?” Jennifer shared. “Now it’s like, anything, or I mean, ‘Hey, I’m having a hard day’ or ‘Hey, you did this, it really bummed me out.’ Like, we’re able to get through it, but it all goes back to the universe has your back, like, if you stay on track, if you do the work.”

Scroll through the gallery to see Tobey and Ruby’s rare red carpet appearance. 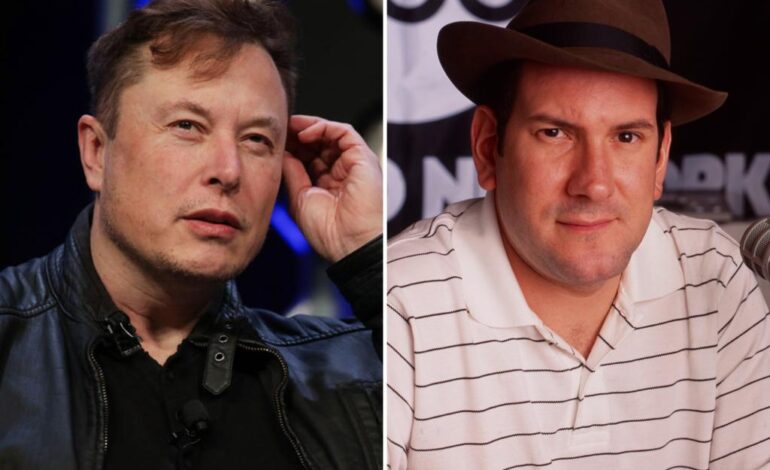