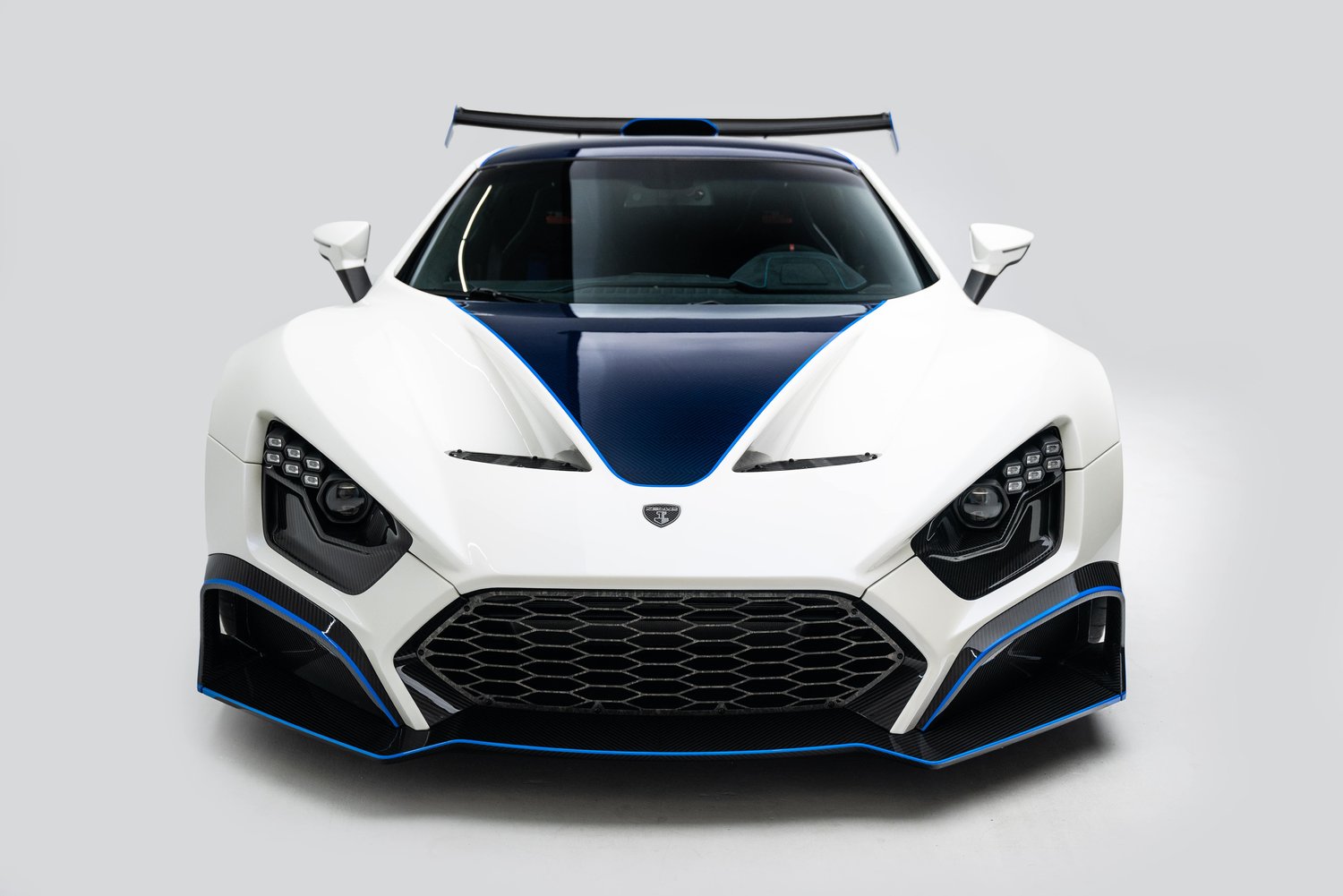 Intending to build just five cars per year, boutique manufacturer Zenvo was founded in 2007 as one of Denmark’s first hypercar builders. The high-performance TSR-S, the company’s fourth production model, was announced in 2018 as the road-going version of the track-focused TSR. Allowing for extremely high power output, its engine has two superchargers, one for each bank of cylinders. Its rear wing can adjust at speed both vertically and horizontally, helping to maximize traction and improving handling during high-speed cornering.