The leading man with “a huge heart” is back and ready to make Bachelor Nation swoon! Zach Shallcross may have been unsuccessful as he tried to sweep Rachel Recchia off her feet in season 19 of The Bachelorette, but fans certainly haven’t seen the last of him. Zach’s very own season of The Bachelor is well underway as of publication, and he’s even been spotted cozying up to a contestant while finding romance in the streets of Estonia. And although Zach is clearly finding love – or lust at the very least – on TV, his famous uncle has been bringing his talent to the screen for decades. Keep scrolling to find out more about Zach’s uncle, Patrick Warburton!

When fans met Zach during Rachel and Gabby Windey’s shared season of The Bachelorette, they quickly learned that the 26-year-old tech executive was from Anaheim Hills, California, just a stone’s throw away from the heart of all things entertainment, Hollywood. As a matter of fact, Zach’s uncle Patrick is the famous actor responsible for voicing Joe Swanson of Family Guy fame, the beloved Kronk from The Emperor’s New Groove, and Ken from Jerry Seinfeld’s Bee Movie. If that wasn’t impressive enough, Patrick has also starred in the Steve Carell classic Get Smart, Men In Black II, and Marvel’s Agents of S.H.I.E.L.D. as detailed by his IMDb page. Clearly, Zach got his on-screen smarts from someone!

Zach and His Uncle Reunited During ‘The Bachelorette’

While men came and went during Gabby and Rachel’s season of The Bachelorette, Zach made it all the way to Rachel’s final four romantic hopefuls. In classic Bachelor fashion, it came time for the leading lady to meet Zach’s family, who he introduced to her as his dad, mom, sister, aunt, and “Uncle Pat.” The casual introduction didn’t mask Patrick’s true identity as a famed voice actor, however, and Twitter was quick to take notice.

Although Patrick didn’t get a ton of screentime with Zach during his hometown visit, the Family Guy actor did comment on his brief stint of Bachelorette fame on Twitter. “I’m being asked ‘Why are you on The Bachelorette’?” Patrick tweeted. “It’s my favorite show? I’m addicted..? I have a crush on that Zach Shallcross fellow? Or…all of the above? Or…Zach is my nephew? Or…all of the above?” His cheeky post was met with a chorus of praise from fans, with one in particular writing, “The crossover I didn’t know I needed.”

Nothing would make some Bachelor fans happier than to see Zach’s uncle and the beloved voice actor of Kronk appear once again alongside his nephew. And while the Men In Black II actor hasn’t made any clear signals that he’ll be making a cameo on The Bachelor, viewers can cross their fingers that he’ll be back to meet Zach’s final contestants. In the meantime, the tech executive from Anaheim Hills – who is a self-described “old-fashioned romantic” –  admitted that he still can’t believe he’s in the driver’s seat for season 27.

“There’s no words. I’m just taking this in right now,” Zach admitted to host Jesse Palmer during the live finale of The Bachelorette. “I’m really nervous but this is once in a lifetime. I’ll be ready.” 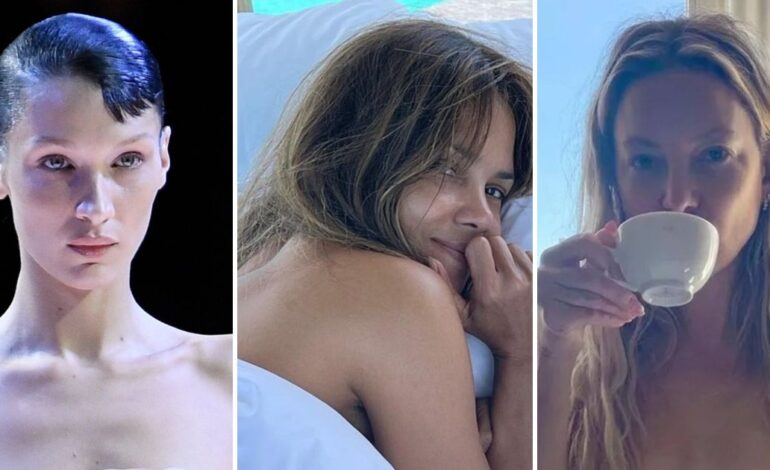 Their Most Daring Nude Photos