Why Did Taylor Swift and John Mayer Split? Breakup Details

The bitter aftermath of Taylor Swift and John Mayer‘s 2009 romance has lasted far longer than their actual relationship. After more than 10 years, fans still seem invested in what actually went down between the musical duo — and their respective song lyrics seem to shed light on what happened.

When Did Taylor Swift and John Mayer Date?

John and Taylor began their flirtation in March 2009, with the then-32-year-old tweeting about the then-19-year-old.

“Waking up to this song idea that won’t leave my head. 3 days straight now. That means it’s good enough to finish,” he wrote. “It’s called ‘Half of My Heart’ and I want to sing it with Taylor Swift. She would make a killer ‘Nicks’ in contrast to my ‘Petty’ of a song.” John was referring to Stevie Nicks and the late Tom Petty’s iconic duets.

The pair gave things a test run when John joined Taylor onstage in May 2009, as her Fearless tour stopped at Los Angeles’ Staples Center. The two performed his iconic hit, “Your Body Is A Wonderland” and her song “White Horse.”

“I freaked out when I heard because I’ve been such a big fan of John for such a long time,” Taylor gushed to Elle that June about his tweet. “I’m really excited about just the idea that he would even mention me in his Twitter!”

Their duet, “Half of My Heart,” was released that same month, and the pair later performed it together at New York’s Jingle Ball in December 2009, where the two had serious onstage chemistry. They were reportedly an item from November 2009 through February 2010.

What Songs Did Taylor Swift and John Mayer Write About Each Other?

Judging from a song that Taylor wrote after their split on her Speak Now album, which was released in October 2010, it was hardly an amicable breakup. In the lyrics to “Dear John,” Taylor heavily inferred that she had been madly in love with a man named John, but he played some serious games with her heart. She also seemed to imply she’d allegedly been warned against getting involved with the crooner.

“Well maybe it’s me and my blind optimism to blame / Maybe it’s you and your sick need to give love then take it away,” the track continued. “And you’ll add my name to your long list of traitors who don’t understand / And I’ll look back and regret how I ignored when they said, ‘run as fast as you can.’”

Even though Taylor didn’t confirm the song was about the “Gravity” singer at the time, John was convinced that the tune was a shot fired directly at him. He told Rolling Stone in 2012 that he felt “really humiliated” by Taylor’s song. “It made me feel terrible because I didn’t deserve it,” he told the publication, adding, “I’m pretty good at taking accountability now, and I never did anything to deserve that. It was a really lousy thing for her to do.”

“I never got an email. I never got a phone call,” he continued. “I was really caught off-guard, and it really humiliated me at a time when I’d already been dressed down. I mean, how would you feel if, at the lowest you’ve ever been, someone kicked you even lower?”

The reporter asked John directly about the lyric, “Don’t you think I was too young to be messed with?” and he replied, “I don’t want to go into that.”

Taylor, who had previously written songs about relationships gone wrong, said it was pretty clear about whom she was writing. “There are things that were little nuances of the relationship, little hints” she revealed after “Dear John” dropped, adding, “Everyone will know, so I don’t really have to send out emails on this one.”

John seemingly responded to Taylor’s hit with his own song “Paper Doll,” which dropped in 2013.

“You’re like 22 girls in one/ And none of them know what they’re runnin’ from,” two lines from the song read, which fans connected to Taylor’s single “22,” and the lyric in “Dear John” which says “I’ll look back and regret / How I ignored when they said / Run as fast as you can.”

Fans are convinced Taylor referenced her past relationship with John in “Could’ve, Would’ve, Should’ve,” a bonus track from her 2022 Midnights album. The songstress previously explained that the track lyrics are from “sleepless nights scattered throughout my life.”

“I would’ve stayed on my knees and I damn sure never would’ve danced with the devil at 19,” she sings in part. “And the God’s honest truth is that the pain was heaven / And now that I’m grown, I’m scared of ghosts / Memories feel like weapons / And now that I know, I wish you’d left me wondering.”

Who Are Taylor Swift and John Mayer Dating Now?

While Taylor has been happily dating actor Joe Alwyn for more than five years, there’s still bad blood when it comes to Taylor’s fan base and John. While “Dear John” wasn’t on her album Red, when she dropped her new Taylor’s Version in November 2021, John said he started getting flooded with hate messages.

He posted a DM exchange with an Instagram user at the time who wrote, “F–k yourself you ugly bitch I hope you choke on something,” with a heart symbol and another follow-up message that read, “Answer me you bitch.”

“I’ve been getting so many messages like these the past couple days,” John responded to one fan who said they “hoped” he would “choke on something,” adding, “I decided to choose your message at random to reply to. You can feel free to screenshot, share in any way you like if you want. I’m not upset, I just tend to have a curious mind and feel compelled to ask. Do you really hope that I die?”

While the user backtracked their statements, they warned John that more negative comments would be coming when Taylor’s version of Speak Now releases.

For his part, the Connecticut native has kept his dating life out of the private eye for years and has not dated anyone publicly. 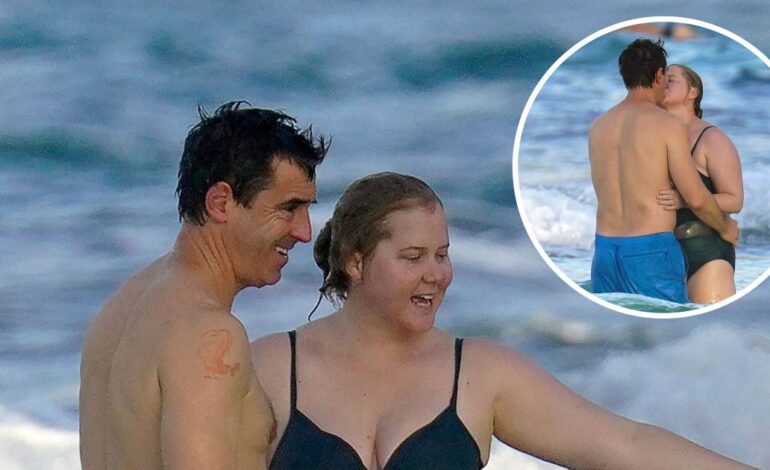 What Makes a Tour Stress-Free?